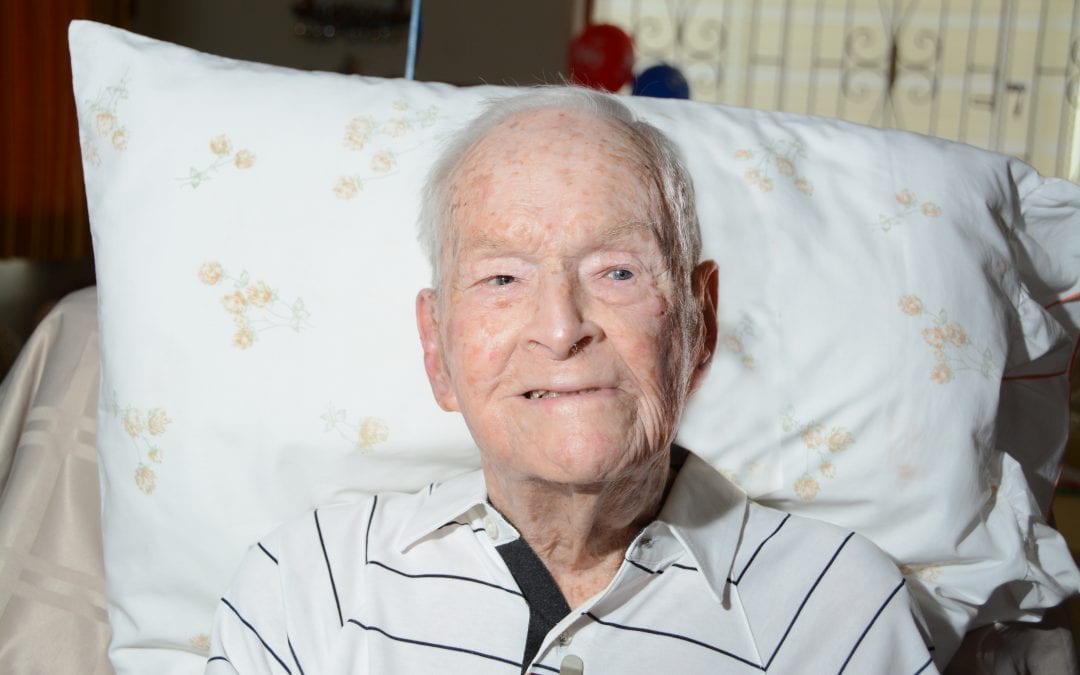 Albert Haig Pierce Weatherheard was an avid swimmer, and held records for the national breaststroke for several years.

He founded the Alpha Swim Club in 1966 which boasts of swimming stars such as Leah Martindale, Andrei Cross, Terrence Haynes and Alex Sobers.

Albert was admitted to the Barbados Sports Hall of Fame, twice for swimming achievements. He competed in masters swimming events until the age of 70.

Mr. Weatherhead is the only surviving Canadian/Barbadian serviceman from World War II.  During the war, he joined the medical corps and served in Europe.

Upon his return to Barbados, he worked as the Manager of AS Bryden’s Pharmaceutical Sales Department until his retirement.