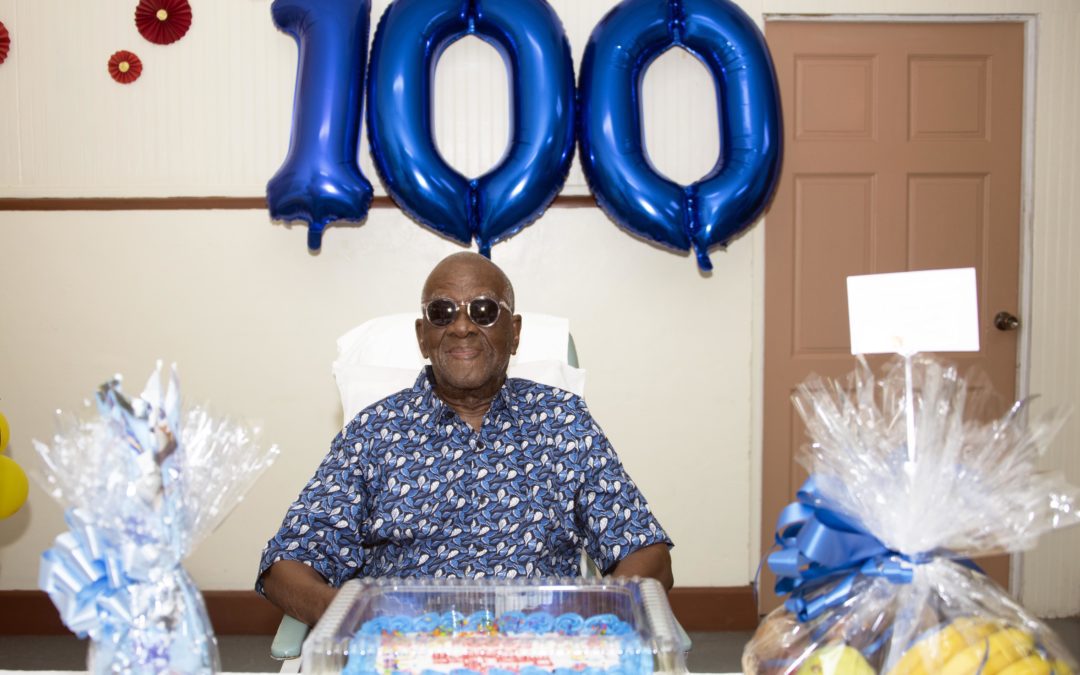 One of Barbados’ latest centenarians, John Phillips Durant, celebrated his birthday on Thursday, April 5, surrounded by loved ones at the St. Michael District Hospital.  He received a special virtual visit via Zoom by President of Barbados, Her Excellency, The Most Honorable Dame Sandra Mason.

One of his daughters, Jacqueline Tull, and granddaughter, Nicole Tull, flew into the island to celebrate his special milestone.

When asked by Her Excellency how he was feeling, his reply was immediate.  “I am alive; I am alive and strong.”

In addition to his family members celebrating with him were the staff from the District Hospital, and his caretaker, Brenda Tull.

Dame Sandra remarked: “I like to see the people responsible for the centenarians…  These are the people we say thanks to.”

After the centenarian’s daughter led those gathered in prayer, he shared that he felt very nice, and said: “I eat everything and do good to others….  I do good to everyone around me from a boy coming up.  I was a friendly man, a friendly person.”

The centenarian disclosed that he was an agricultural worker, to which Dame Sandra replied: “You are the people we have to thank for our food every day.”

On behalf of Her Excellency, the Aide-de-camp, Lieutenant Sena Price, presented Mr. Durant with a greeting card, a fruit basket and a bottle of wine.  After the centenarian read the card, Dame Sandra stated that in addition to being impressed that he read without glasses, he read effortlessly.

His daughter shared that her father was “the best dad as a kid growing up”.  Even after migrating to the United States forty-four years ago, Ms. Tull said that she always kept in touch with him. “I love him a lot and my daughter loves him a lot as well.”

She also noted that he was “being taken care of very well” by his caretaker, and the staff and management of the District Hospital.

Her Excellency commented on how well Mr. Durant looked, noting that “we have some very caring people here; Mrs. Tull helps to take care of him”, and those at the District Hospital have also “taken very good care of him, otherwise he would not have been able to live this long.  I want to join in thanking them,” Dame Sandra said. Mr. Durant has three children, two grandchildren and two great-grandchildren.