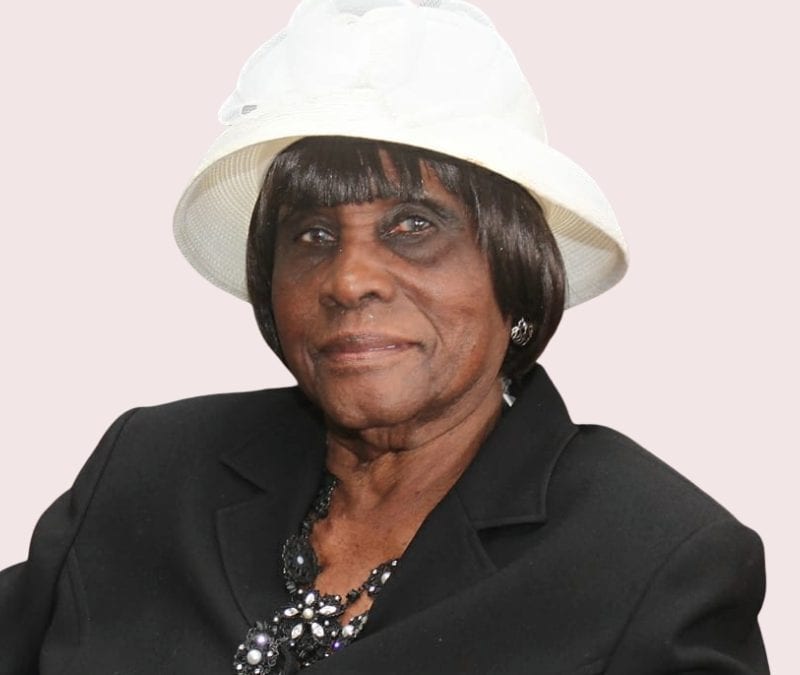 Audrey Esmeralda Chapman’s sharp wit and agility impressed all those she encountered. The centenarian, originally from Pile Bay, Black Rock, St Michael, emigrated to the United States in the 1980s following the death of her mother.

In
2016, she returned home to not only join in the country’s 50th Anniversary
celebrations, but to celebrate her special milestone with friends and family.

Audrey was a past student of St. Stephen’s
Girls’ School where she reached seventh standard.  On leaving school, opportunities were
limited, and she learnt to sew as a means of being independent.

With that skill, Audrey’s creations were “the talk of the town” and she was one of the most sought-after seamstresses of the day.  In fact, many customers paid two shillings for a custom-made dress on her Singer hand-operated sewing machine and then later, the Singer treadle (foot-operated) machine.

In an earlier interview, She credited her longevity to a diet
of ‘green peas and rice, cou cou and flying fish, potato, dumplings,
breadfruit, a “piece of salt fish” and a “little bush tea” when she was not
feeling well.

Audrey who was never married had ten children, one who predeceased her in 2013.