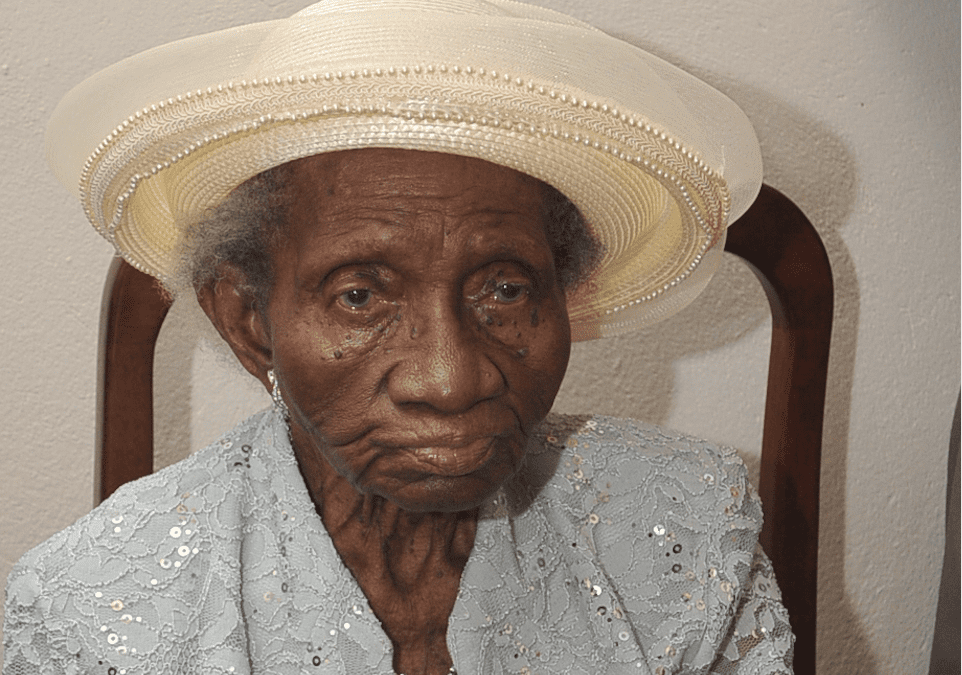 On leaving school, she lived briefly in Hall’s Village, St James before returning to Hoyte’s Village.  She worked as a domestic at Welches Plantation, St. Thomas, for the Pilgrim family.

A devout Anglican, Beryl boldly stated that she is still a member of St. John the Baptist Anglican Church and served in the Mother’s Union.  She added: “I thank God for bringing me to this age.  It is him that has kept me and not Satan and his hosts.”

She married Frank Padmore and had seven children, one deceased.  She has 19 grandchildren and seven great grands.

Beryl has no major ailments and is quite alert and chatty with other residents of St. Jude’s Nursing Home where she has resided for the past two years.

Son, Keith Padmore describes his mother as hardworking and a great cook.  He also said she loved gardening and looking after animals.