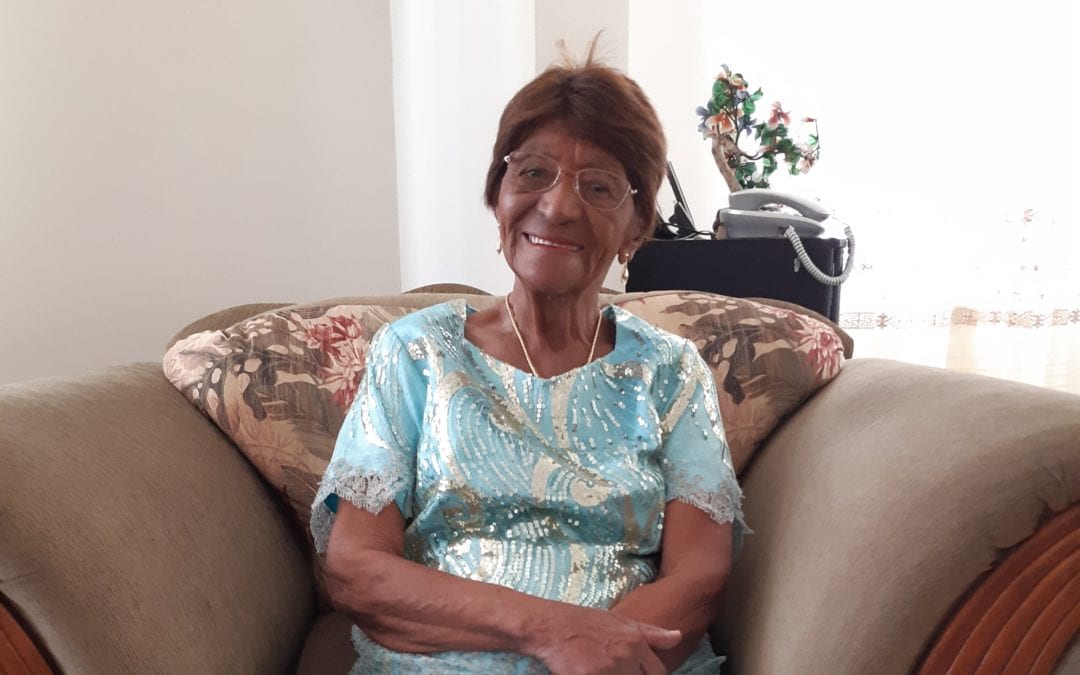 Beryl Mabel Whitney was the “lady of the hour” when relatives and friends gathered at the home of her daughter, Lola Bynoe, where Beryl currently resides, to celebrate the special milestone on October 9.

Governor General Dame Sandra Mason, who joined via Skype, headed the list of well-wishers and spoke to Beryl, her daughter, and other family members, who paid tribute to her.

Aide-de-Camp to the Governor General, Major Julia Dabreo, delivered a basket of flowers, wine, a birthday card from Dame Sandra and one from Queen Elizabeth II.

On leaving school, she worked at F.S. Nicholas and the Five & Ten store as a clerk and cashier.

Beryl met and later wed Arlin Whitney, in 1954, and had five children.  She is the proud grandmother of 14 grandchildren and nine great-grandchildren.

In the couple’s heyday, Arlin had several businesses, such as Whitney’s Meat Depot, Whitney’s Wholesale Liquor store, and Whitney’s Wrought Iron.  Beryl played a major role with the daily operations of the businesses, including the record-keeping for the wrought iron business.  Unfortunately, Arlin died in October 2013.

Beryl’s children described her as a “thrifty woman and very good with her hands”.  She did upholstery work; repaired car seats; and at Christmas time, made cushion covers and curtains, sewed clothes, knitted, and constructed concrete plant pots.

Lola remarked that her mother lovingly admired one of the plant pots in the garden, and reflected: “That is my good work”.

Beryl loved to cook, and among the favourite meals she enjoyed preparing were green peas and rice, and Cou Cou served with flying fish, salt fish, or beef stew, along with stewed sweet potato.

She also loves to eat food from Chefette and Kentucky Fried Chicken, and drink the occasional soft drink.

Beryl’s hobbies include word searches, which she still continues to do, and taking care of the garden, as she loves plants.