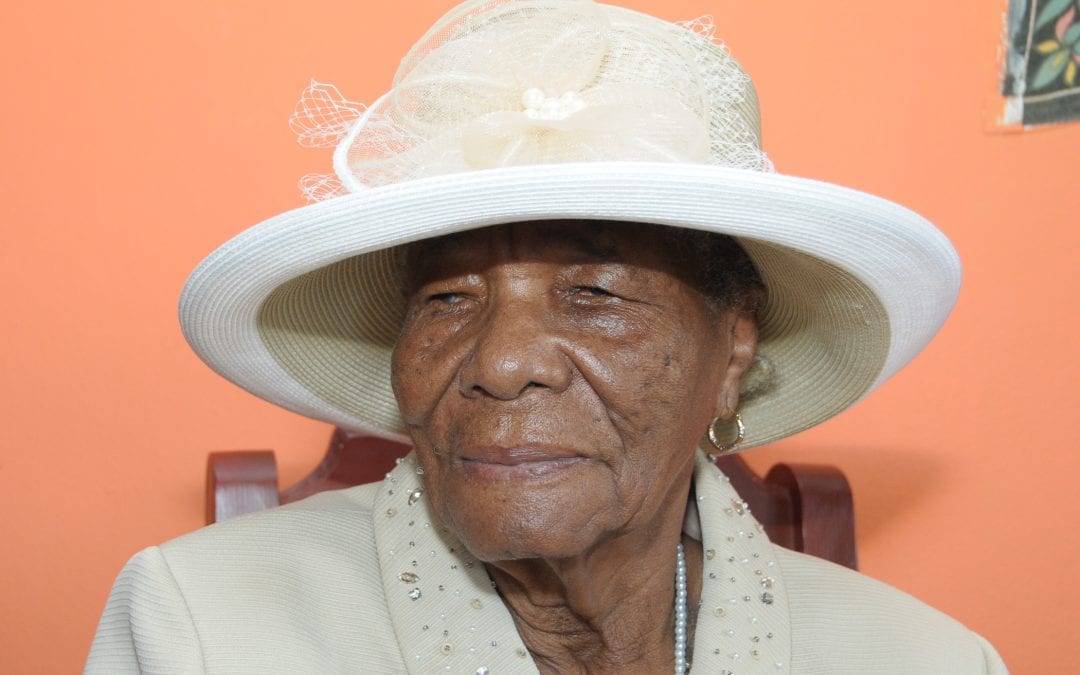 Granddaughter, Charlene Brathwaite expressed deep gratitude to her grandmother for the hand she played in her life and that of her other relatives. She said that it was an honour “to be around someone as pure and loving as you [Gran] are and I just want to say thank you,” she added.

Her eldest granddaughter, Marcelle Greenidge, from California, presented a laminated picture of her grandmother which the Governor General, Dame Sandra Mason, signed along with other family members.  She also gave her a framed photo of some of her great- grandchildren living in California.

Deidre Brathwaite and her sister Dawn were the caretakers of their grandmother.

Deidre said she was “blessed to have a baby that is a hundred and I am so proud”.

“She put everything in order.  She packed everything in a way that she likes it. Her bath time, she knew it…it is 7:30 a.m., Deidre informed to peals of laughter from relatives and friends.”

She said her grandmother was nice, friendly and bubbly and still had her mental faculties intact.

Educated at St. Patrick’s Girls’ School, Clarissa left school at the age of 10 to pick pond grass for 10 cents a day at Yorkshire Plantation.  She also worked as a domestic worker at the then Ministry of Communications and Works.

Dame Sandra said among the duties she has to perform, interacting with centenarians was the most “pleasurable” adding that she too wanted to reach that significant milestone.

Up until five years ago, Clarissa was a devout worshipper at St. Patrick’s Anglican Church and was a member of the Church Army and the Mother’s Union.

She had a hearty appetite and enjoyed plantain, sardines, luncheon meat, hot dogs and ground provisions.

Clarissa had said the secret to longevity was to love everybody and live for God.