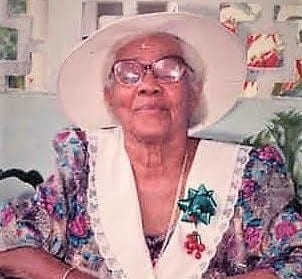 Claudine Belgrave was born in Bayville, St. Michael to Joseph and Eloise Belgrave.  At the age of eight, on the death of their mother, Claudine and her sister Alma Rae, were split up.

Claudine lived with her grandmother at St. Matthias, Christ Church, while her sister lived with another relative.

She was educated at the nearby St. Matthias’ Girls’ School and on leaving, worked for several years as a maid for a family in the Hastings area.  After her stint as a domestic, Claudine assumed the role of caring for the elderly.

Claudine, who never married nor had any children, was a member of the St. Matthias Anglican Church for several decades.

Angela Skeete said her fondest memory of her cousin, whom she affectionately called Aunt Claudine, was the sweets and other treats she gave to the children in the family and those in the neighborhood.

“As children, we would wait for her to see what would come out of her bag. She was a gentle peace-loving person, hardworking and devoted to her family.” Claudine died on April 19, 2009