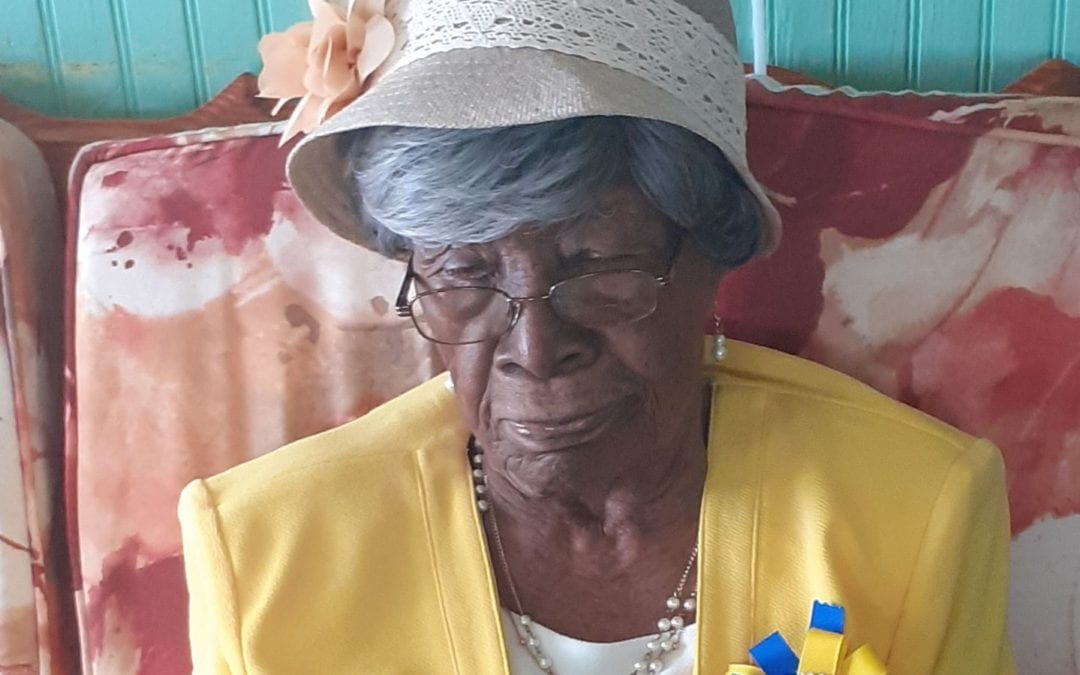 Coral Harris was one of several post-war West Indian immigrants who journeyed to the United Kingdom on board the Monte Soriemento – one of the HM’S British Windrush line of vessels in search of better opportunities.

Like most West Indians, the British winters proved too harsh for Coral and within one week of landing there, she decided to pack her bags and head back to the warmth of Barbados.

In recounting her experience on board the Soriemento, Coral said: “The journey was long and it was two weeks of rough seas.”

Dame Sandra Mason who joined the celebrations via Skype was simply enthralled by Mrs. Harris’ wit and the fact that he could still use a cellphone to call friends living overseas.

The Governor General told Coral to let her Aide-de-Camp, Major Julia Dabreo give her the cell number so they could chat.

In response Coral asked: “You will be available?” much to the delight of those in attendance.

Dame Sandra and Coral also conversed about their love for hats and the Governor General disclosed that many of the stylish hats she wears to accentuate her outfits belonged to her late mother.

She promised to wear a hat at her next event as requested by Mrs. Harris.

Born in St. Luke’s St. George, Coral was educated at the nearby St. Luke’s School.   Mrs. Harris, a housewife, met and later wed her late husband Charles Harris, whom she later followed to England.

She also resided at Drax Hall Hope, St. George, until she became a resident in the home in 2018.

She has an adopted daughter, Elaine Greene, who has two children.

Coral is a member of the Church of God in Greens and one of her hobbies is singing.