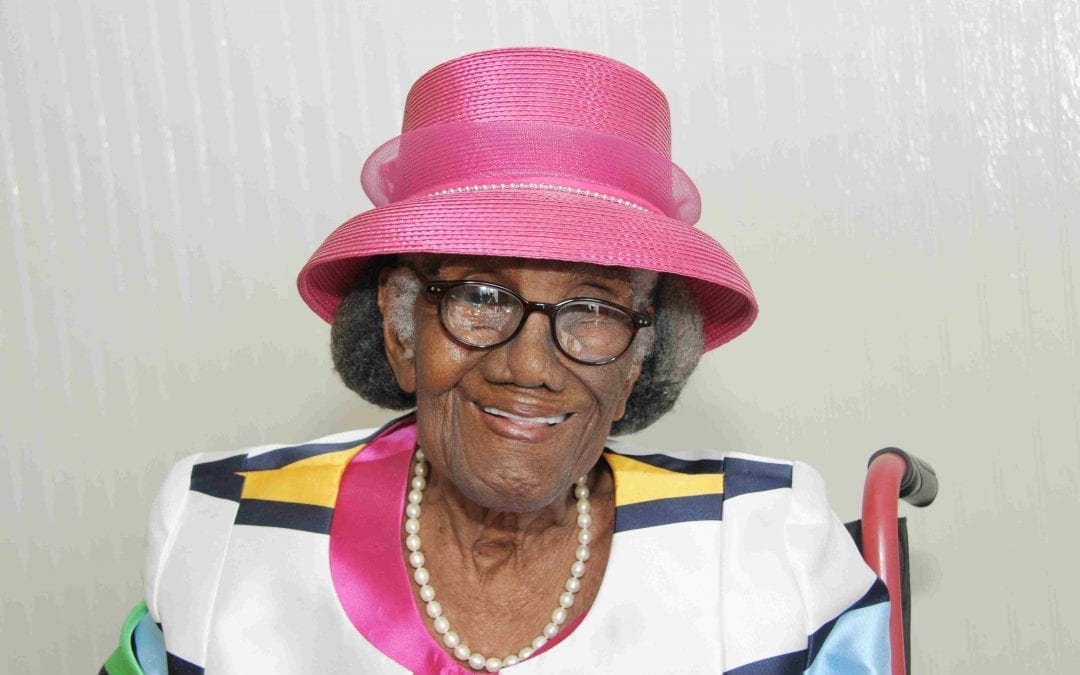 Educated at Belmont School, “Clytie” always wanted to be independent and make her own money.   From the age of 10, she worked as a labourer at Neil’s Plantation, St. Michael.

Youngest daughter, Gloria Maynard, said her mother was well known for her generosity throughout the district.  “She worked hard as an agricultural labourer and she loved kitchen and flower gardening,” she said.    In fact, up until 2017, Delphine also known as “Mother Goodman” was still active in the garden.

Clytie was an active member of People’s Cathedral Church.  She was never married but had seven children, one deceased, 16 grandchildren, 28 great-grands and nine great-great grands.

Mother Goodman comes from a family of long-livers.  In October 2018, her cousin died at age 110 while another cousin celebrated her 100th birthday on October 12.