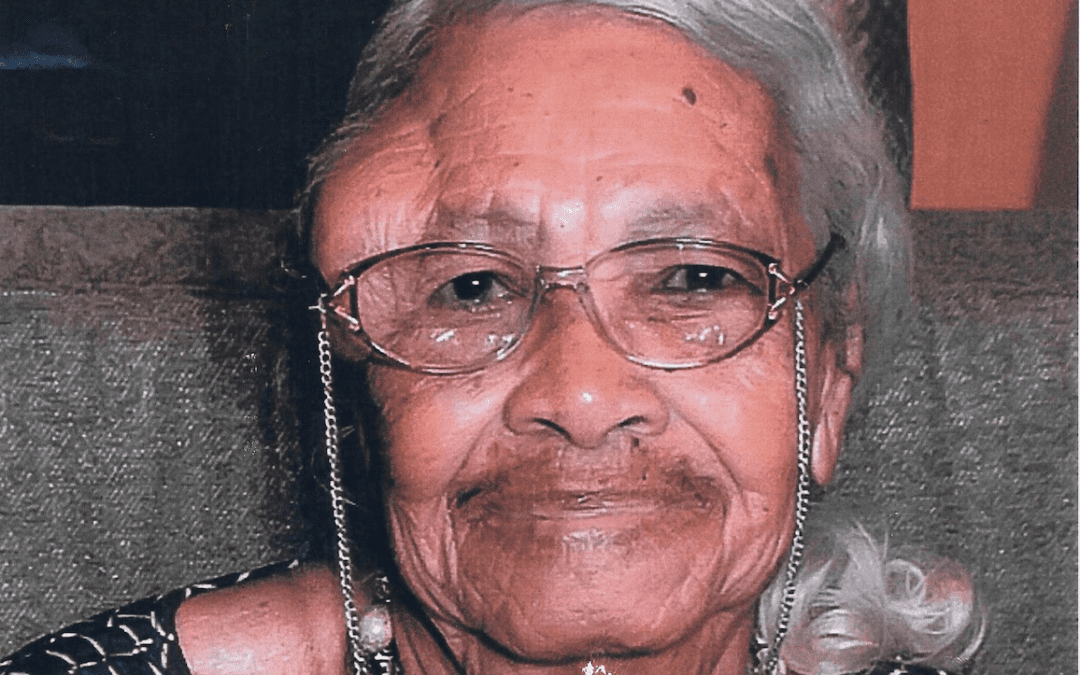 Desdemona Delphine Gibson (nee Dorant) or “Aunt Del” was born in the parish of St. George and was the third child of Thomas and Rosalie Dorant.  She grew up in St. Helen’s, with her three sisters and two brothers and was educated at St. Augustine’s Girls’ School.

Desdemona’s mother was a nurse and she followed in her footsteps and became a trained midwife.  Following her training, she went into private practice and delivered “countless” babies at home in St. George.  Desdemona’s midwifery skills were always in great demand.

She married Thomas Gibson in 1935 and had four children, ten grandchildren and 15 great-grandchildren.

When not working, Desdemona travelled overseas to the United States of America, the United Kingdom and visited other Caribbean countries on cruises.