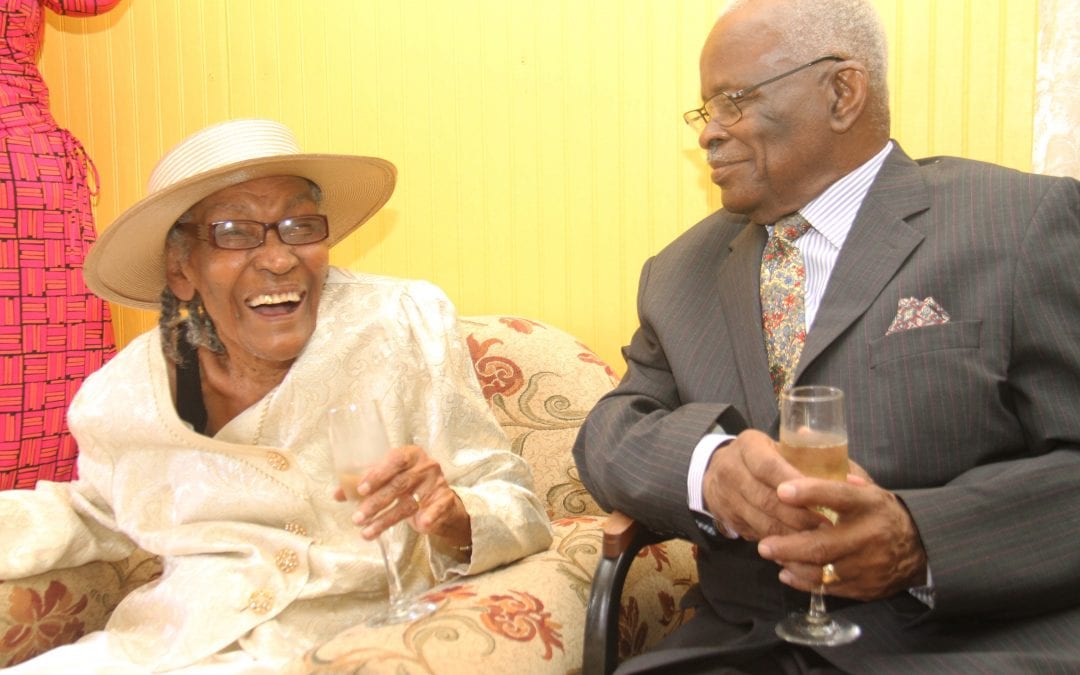 Doris “Mumsie” Greaves worked all her life as a domestic.  Two of the well-known families for whom she worked were Barbados’ first Governor General Sir John Stow as well as the Hassell family, distinguished for its exploits in seafaring.

She was also a great cook and among her favourite dishes which she loved to prepare and eat were cou cou and salt fish and pudding and souse.

A product of Bow Road, Codrington, St. Michael, “Mumsie” was a respected member of the community and boasted of mothering and keeping the young people in the district on the right track in life.

A strict disciplinarian who grew up in the New Testament Church of God, Eckstein, St. Michael, “Mumsie” read her Bible every day.

She was married to George Greaves, and had two children, Sheila Boyce, who is now deceased, and Hazel Smith.  She also has four grandchildren, 13 great-grands and 12 great-great grandchildren.