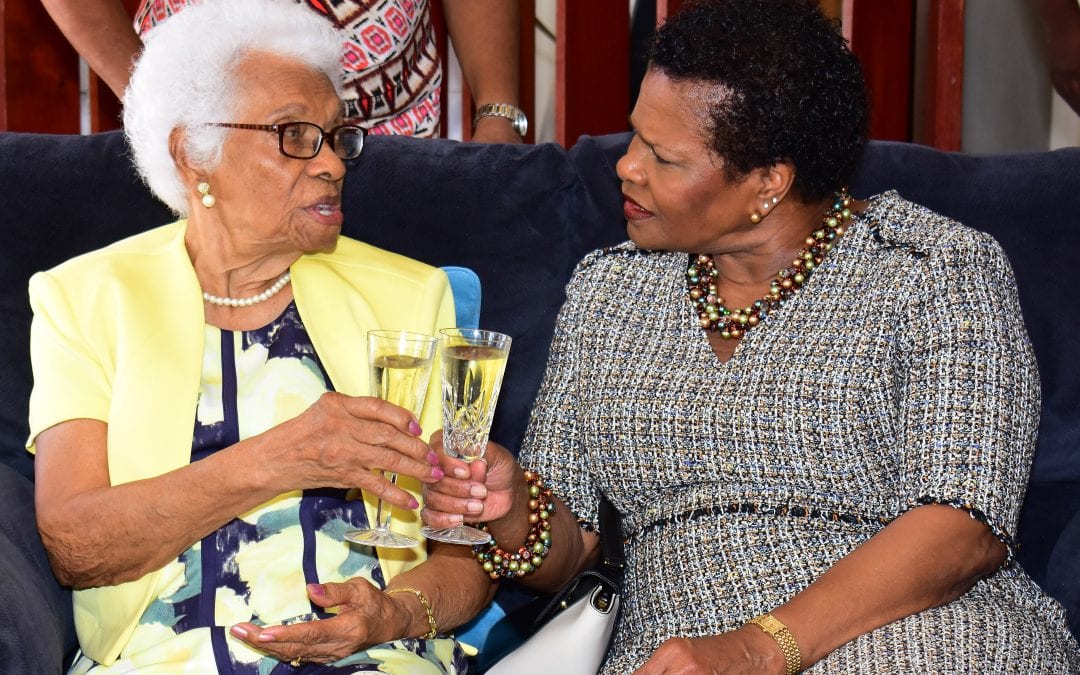 Dorothy Elaine Cumberbatch’s strong maternal instincts came to the fore before she had her own children.  The eldest of ten siblings, Aunt Elaine as she was affectionately referred to, helped her parents to raise them, often imparting advice to help steer her relations in the right direction.

In the words of her niece, Dale Scotton, “I am sure that her mother could not have managed those ten by herself.  If you knew anything of the others, especially the girls, they were a handful.  So, [to have seen] Aunt Elaine, the oldest of all of them, in this grander position, that mind, the wit and the beauty….  is a pleasure.”

A resident of Delamere Land, St. Michael, Aunt Elaine married James Cumberbatch, now deceased, in 1941.  The couple had three children, one deceased.  She also had three grandchildren and 13 great-grandchildren.

She was a supervisor at the Five & Ten department store before emigrating to the United States of America in 1967, to work at Kmart Department Store. She returned to Barbados in 1991 after the death of her husband.

Mrs. Cumberbatch who admitted she has no pain, attributed her longevity to living a good life. “It feels good to be 100.  I can still make a joke and laugh and have fun.” She spent her days quietly by reading all types of literature.

The God-fearing woman, who attended St. David’s Anglican Church, had some advice for the youth. “Be honest and don’t envy anyone for what they have because you do not know how the parents [achieved it], you need to be satisfied with what I can give you.”