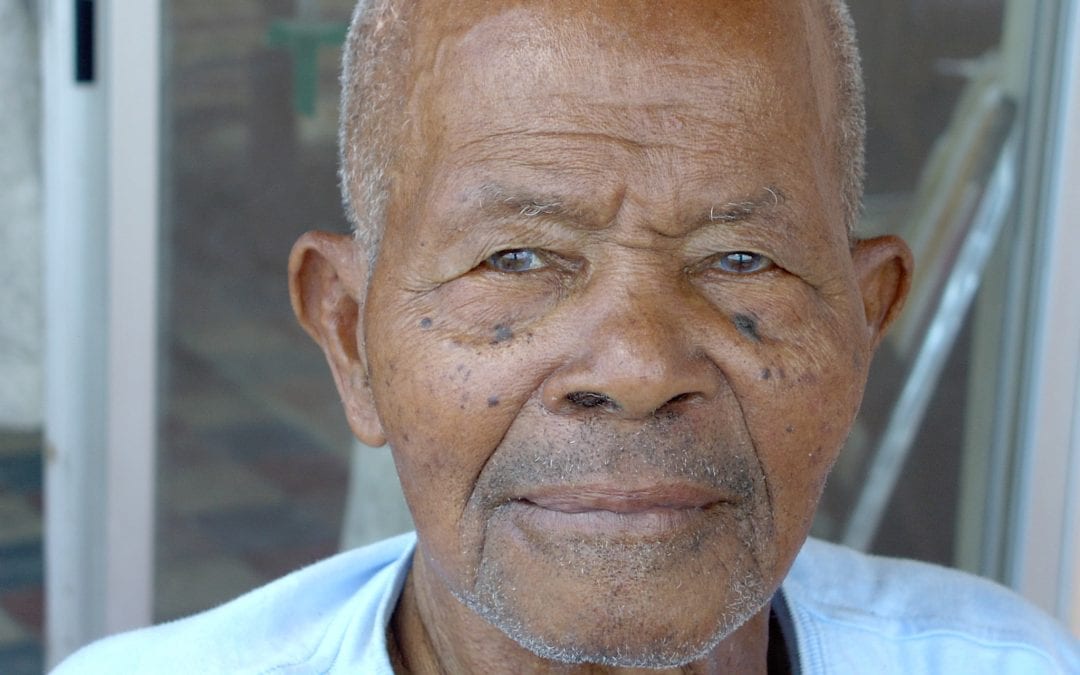 Sintie was born in Four Roads, St. Philip, moving to Six Roads in the late 1950s.  He was the second of five children born to Florence (Fields) and Thomas Gooding.  He married Edith Chrichlow of Cherry Grove, St. John and they had five children – Douglas, Velda, Hazel, Victor and Wendell (Arthur).  Sintie was a ‘people’s-person’, and well-known throughout the island, which he travelled extensively on his bicycle in his younger days.  He was always self-employed, working mostly outdoor, as a “liner” – a self-taught land surveyor, who marked out the land for the next crop for plantations and estates in St. Philip, St. John, Christ Church and St. George.  He worked as a mason, building houses well into his 70’s. He grew and reaped his own canes, kept animals, and worked his own garden into his 90’s.  He was also very creative, working with his hands.  He has won prizes at the Annual Agricultural Exhibition for baskets made from tamarind tree branches, which were used by the plantation workers.  Sintie loved to cook, eat, dance and hosted many service-of-song dances, featuring his delicious pork chops.

Remarkably, he ate everything especially fresh fish and vegetables from his garden.  He would smoke a cigarette off and on, and enjoyed “firing a rum”.  He also loved horse racing and was a master domino player even in his nineties.  He was a member of the St. Philip Parish Church, until his death.  During the 1920s. he travelled to Cuba, and later on, he made several trips to Montreal, Ottawa and London, England.  However, Sintie never wanted to reside anywhere but Barbados.