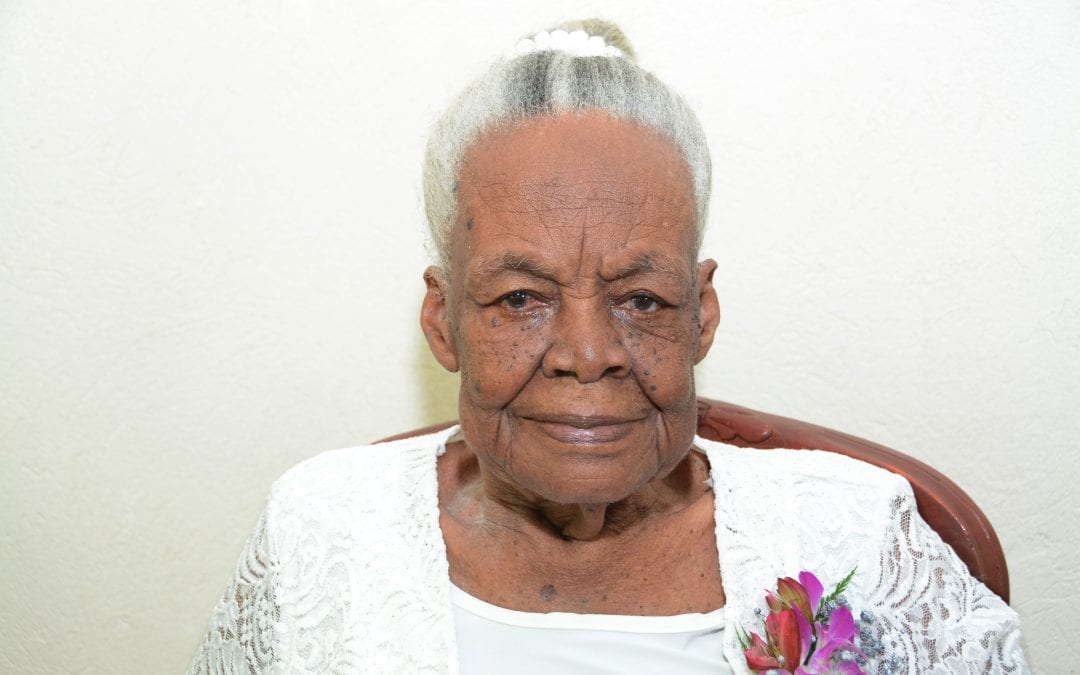 Editha Babb was born in Rock Dundo, St.
James, and educated at the nearby St. Boniface School.

On leaving school, Editha worked as a seamstress
who specialised in uniforms and dresses.
She was also a laundress for Realtors Limited in the 1970’s.

She met and later wed Kenneth Babb, now
deceased.  The couple had no children,
but helped to raise many.

She attended the Christian Mission Church for
well over 80 years and was a member of the Sisters’ Band.

“Adopted Granddaughter”, Klebere Perry
said one of the fondest memories of her grandmother is her teaching other
family members to make steam pudding and cassava pone.

She also recalled her looking after the
other “adopted grandchildren” when they were sick.  “When
any of the “grandchildren” in the family was sick, she was the one who would
take care of us.  Gran made oats with
barley for breakfast at those times and would always make sure to sneak and
give us a sweet even if we were not allowed to have one.”

When
any family member was leaving the house, Editha would always caution them to be
safe on the road adding: “don’t let any
wild beast carry you way while you out.”

Editha loved gardening, watching Days of Our Lives,
teaching others to sew and watching wrestling.