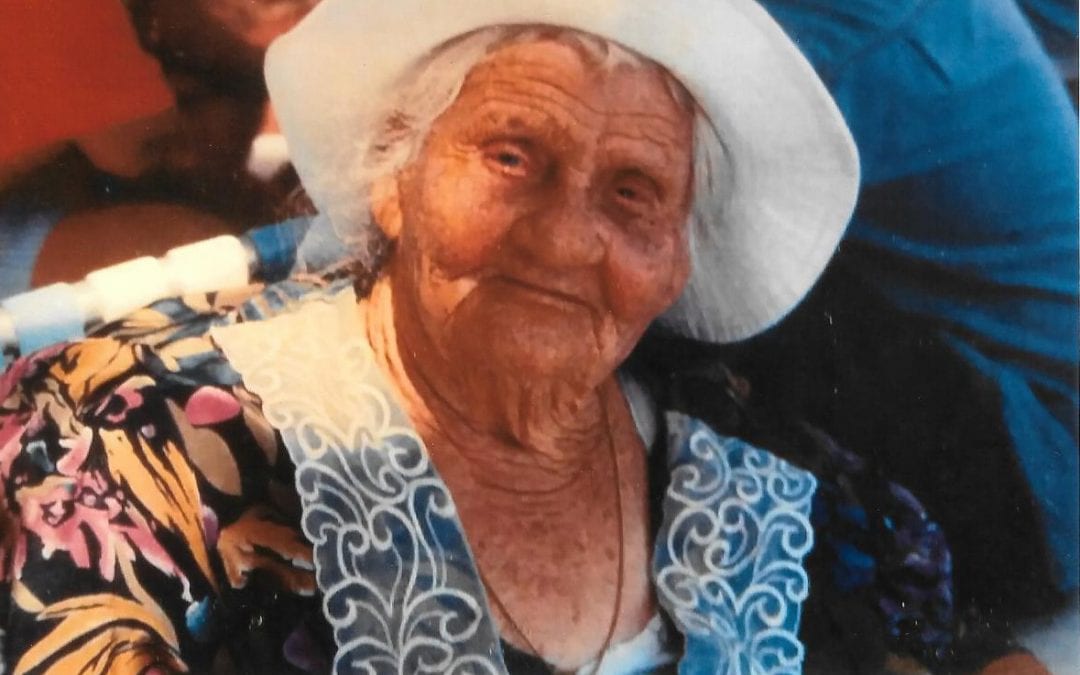 Edna Augusta ‘Adina’ Harris (nee Bailey) was born at Gregg Farm, St. Andrew on October 23, 1900. Her parents were Angelina Mitchell, a labourer, and William Bailey, a Scottish overseer and bookkeeper at Nicholas Plantation, now St. Nicholas Abbey.
In 1928, she married George Gladston Harris, a black entrepreneur, who was a shopkeeper in Pie Corner, St. Lucy, and a member of the Vestry. Mrs. Harris, who was a housewife, had 13 children with George. She lived at Deacons Road, St. Michael, until Gladston’s death in 1955. Thereafter, she resided at Constitution Road, and later at St. Barnabas, St. Michael.