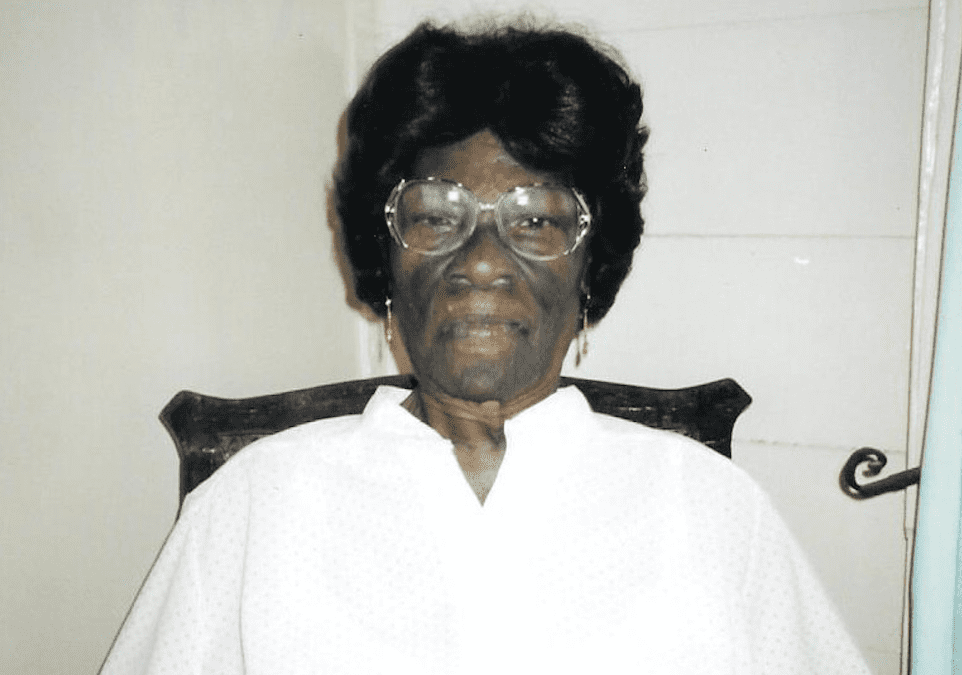 Edna Elise Waithe was born on June 26th 1916 to John Griffith and Clarice Ifill in Checker Hall, St. Lucy.  At an early age, she moved to Bridgetown to live with one of her aunts.

Edna grew to love “city life” and spent most of her adult life living in Belfield, Black Rock, St. Michael, until she moved in with one of her sons, Kenrick Waithe, at Deacon’s Court, Deacon’s Road, St. Michael.

She worked for several years as a housekeeper and nanny for the Lawrence and T.P. O’neal families.  She married Byron Waithe, and had two children.  She also had seven grandchildren and ten great-great grandchildren.

Edna’s children described her as vibrant, loving, caring and a strict disciplinarian who loved cooking and sharing with others.

She was a faithful worshipper at St. Michael’s Cathedral and the People’s Cathedral.  At the Cathedral, Mrs. Waithe was a member of the Mother’s Union and the Women’s Auxiliary.