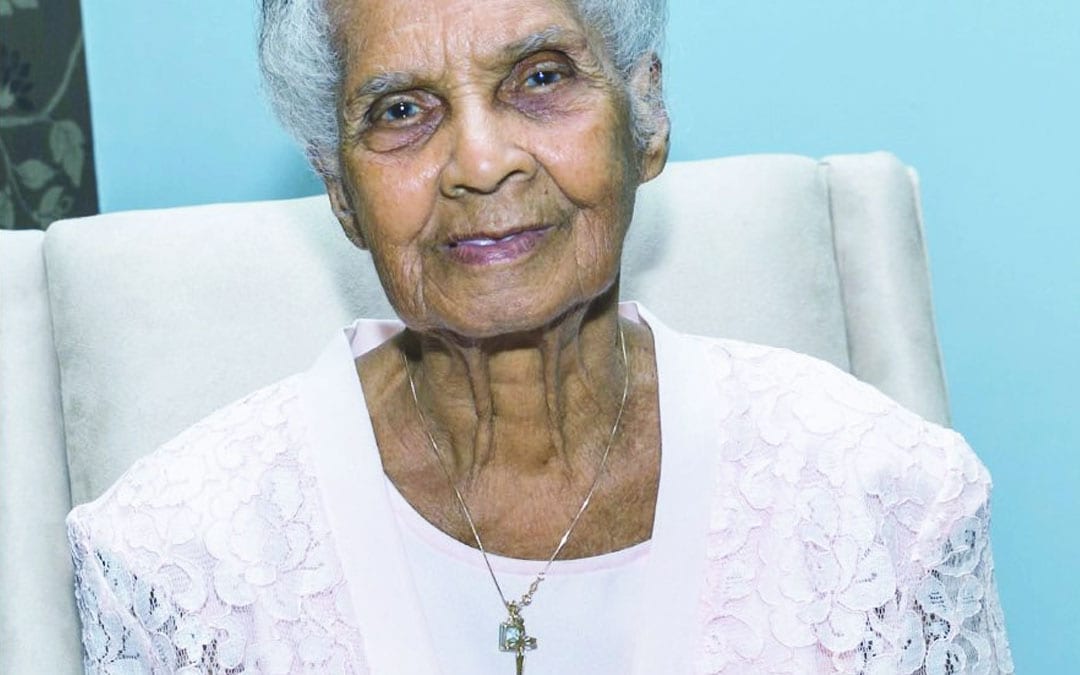 Mrs. Headley was born in St. Philip, Barbados on December 14, 1915 to Joseph and Blanche Hart. She was one of five children and is one of three alive. A brother, age 98, resides in Venezuela and a sister, age 93 in Barbados.

Mrs. Headley attended Miss Matthews’ Infant School, Miss Gittens School for Older Girls and Mrs. Springer Girls School. She was married to Ivan Headley and had eleven children, eight of which are alive. She also has seventeen grandchildren and fifteen great grandchildren.

In 1978, Mrs. Headley emigrated to Canada to join five of her children. She enjoys going to church and watching TV; and resides in Brampton with her daughter Yvonne. She attributes her longevity to “a gift from God”.