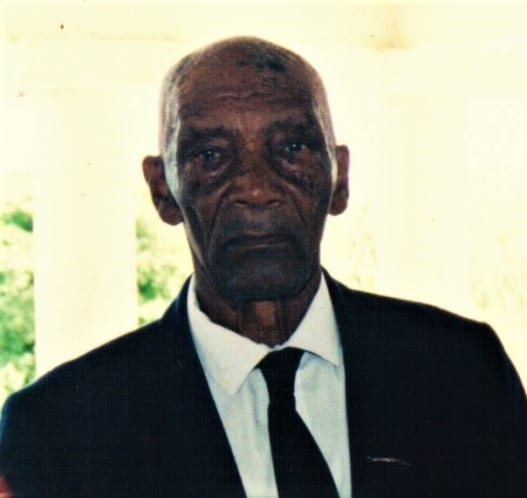 Ellerton Ingrahm Norville was born August 14, but his birth was registered as September 14, 1915.  His parents were James and Elizabeth Norville of Salmonds, St. Lucy.  He was the only surviving child of 13, born to Elizabeth, although he had a brother and sister by James.

He was the husband of Magna Norville, who predeceased him by 17 years (2000). He was a grandfather of nine and great-grandfather of 10.

He worked as a fisherman and a labourer at the Hope Dairy Farm in St. Lucy.  He was a member of the Church of God Reformation Movement, Crab Hill, where he served as Lay Preacher and Choir Master.  He was also Vice-Chairman and Treasurer on the Church Council.

Mr. Norville was a man of many talents.  He was authoritative, hilarious and loved by many in all spheres of life.

It is noteworthy that he was born on August 14 and died on February 14.  His wife was also born on July 14, and died on October 14.  It seems that they both had an affinity for the 14th of the month.