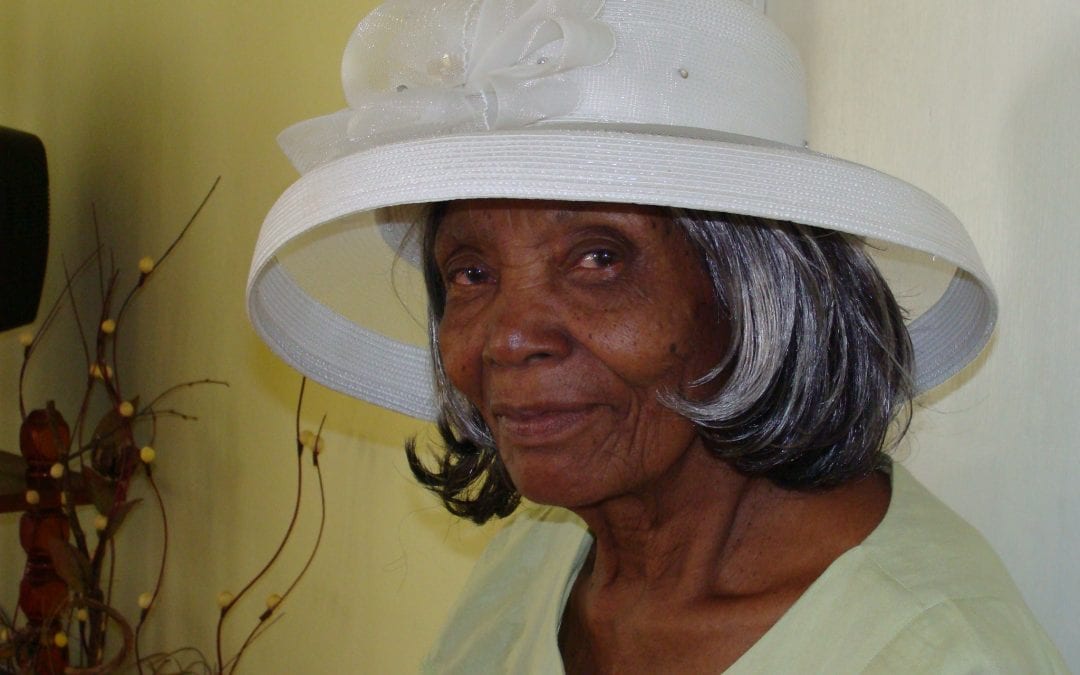 On leaving school, Eloise’s working career as a plantation labourer began at Plum Tree Plantation.   She also worked as a labourer at Blowers, Westmoreland, and Lancaster Plantations, St. James until retirement.

Eloise was a regular worshipper at Bethel Pentecostal, and was very involved in church activities.  In fact, when the church was under construction, she was always present to help with moving the blocks and cleaning up after a work day at the church.

She also assisted with fundraising efforts for the church’s building fund at various locations.

Her daughter, Vivian Skeete, described her as very special.  “She raised us on her own and was a very good mother.  She was very hard working and we had to help her work on the plantations tying and loading canes to waiting trailers.”

Eloise’s hearing is still intact, but she has dementia.