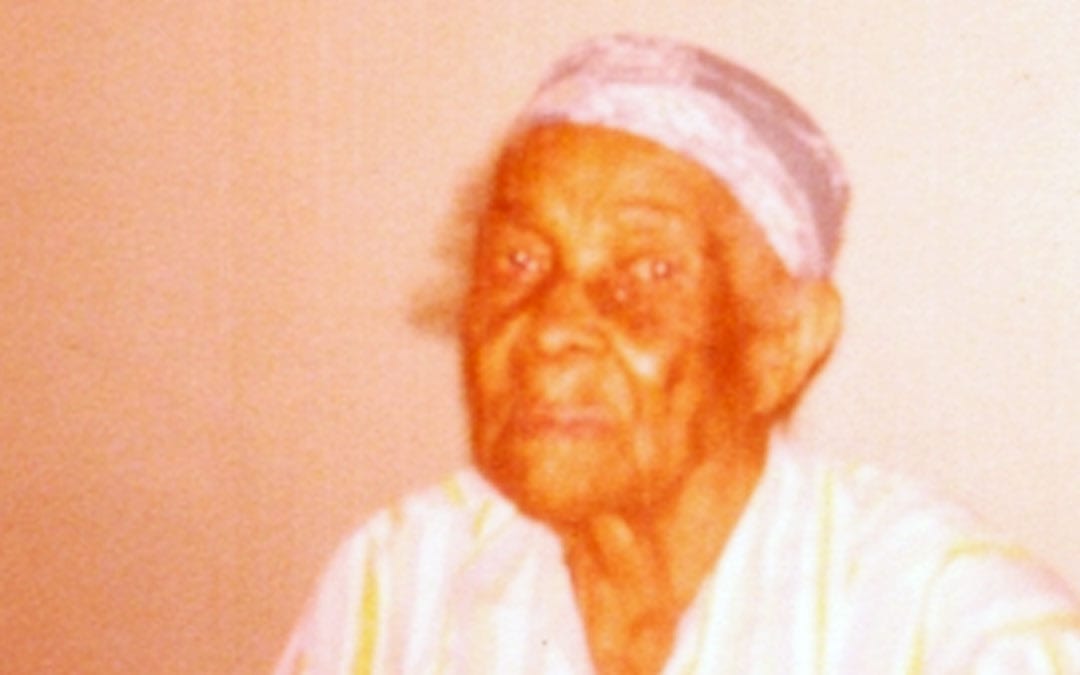 Elvira Jane Leacock, better known as Sarah Gilkes was born on June 7, 1874, in Lamberts, St. Lucy.  “Sasa”, as she was familiarly known moved to 5th Avenue, New Orleans with her daughter, Leonora Scantlebury in the 1930s, where she resided until her passing in September 1983 at the age of 109.

Sasa also had three sisters and a brother who lived to be centenarians.

In her early days, Sasa worked as a domestic for the family of the late Errol Walton Barrow and their relatives, the O’ Neals in St. Lucy.  Learning of this through an article published in the Advocate Newspaper, Mr. Barrow delivered a cake he had baked to Sasa for her birthday.  They had an interesting dialogue about the years she worked for his family, and for a couple of years after this first meeting, the Barrow family, including Dame Nita, visited Sasa for her birthday.

Sarah Gilkes was a member of the Whitepark Wesleyan Holiness Church, up until her passing.