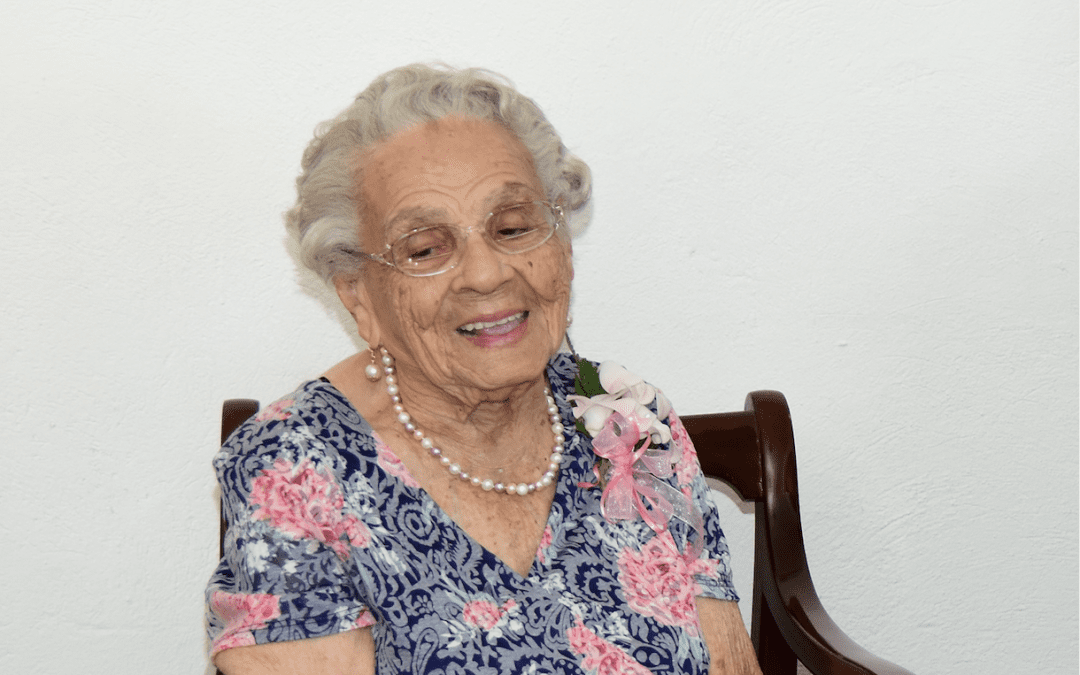 Mrs. Erla Browne was a former teacher of St. Gabriel’s School and is the oldest surviving teacher.  She was born at Lightfoot Lane in Bridgetown, but grew up on George Street, St Michael, in her grandparents’ home across the street from St Cyprian’s Anglican Church.

In those days, Erla’s home was a stone’s throw away from the Belleville neighbourhood – “the white people street that used to be locked up at night” – as she described the then residential area.

Later in life, Sylvester Lushington Browne was the suitor from nearby Martindales Road who won her heart and took her as his bride when she was 26.  The couple had three children.  She is also the grandmother of four and the great-grandmother of three.

At St. Gabriel’s, Mrs. Browne was a stickler for good manner as she molded and shaped the lives of Barbados’ future leaders.

A faithful Anglican, the centenarian worshipped at St George Parish Church.  She was also an active member of the Soroptimist Village and Activity Centre, Eden Lodge, St. Michael.

Erla, who later resided in England with her daughter Betty Saunders, was described by family members as a loving soul who is loved and adored by all who came into contact with her.

She was the matriarch of four generations of the Hassell family and her recall of dates of events have been described as phenomenal.