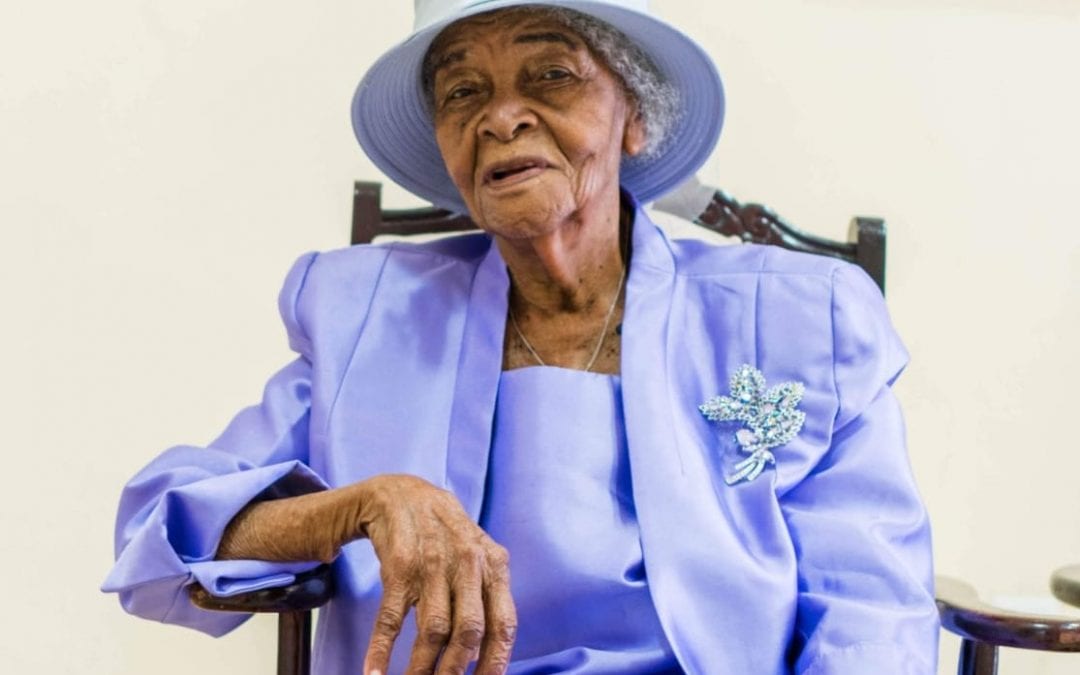 On leaving St. Simon’s Girls’ School, she spent some of her formative years in Eagle Hall, St. Michael where she worked as a domestic for several households, including the Cheeseman family who resided in Fontabelle.

‘Smallie’, as she is affectionately known,
married her sweetheart, St. Clair Small on November 29, 1962.  They had no children but Ethel had five
children, one deceased, from a previous relationship.   The couple resided at Prior Park,   Grazettes, St. Michael.  Twelve years later, Mrs. Small emigrated to
New York, United States of America where she worked as a Home Nursing Aide for
six and a half years with Dr. Leo Duschnitz.

On returning to Barbados in 1990, Ethel
resided in Hindsbury Road, St. Michael where she still lives today.  She loves cooking, meeting people and reading
the Bible.  She is a member of the Church
of Christ.

Mrs. Small still has a good memory and
converses coherently, recalling events past and present.  She has no major ailments, has a hearty
appetite and enjoys ground provisions, fish, bakes and mangoes.