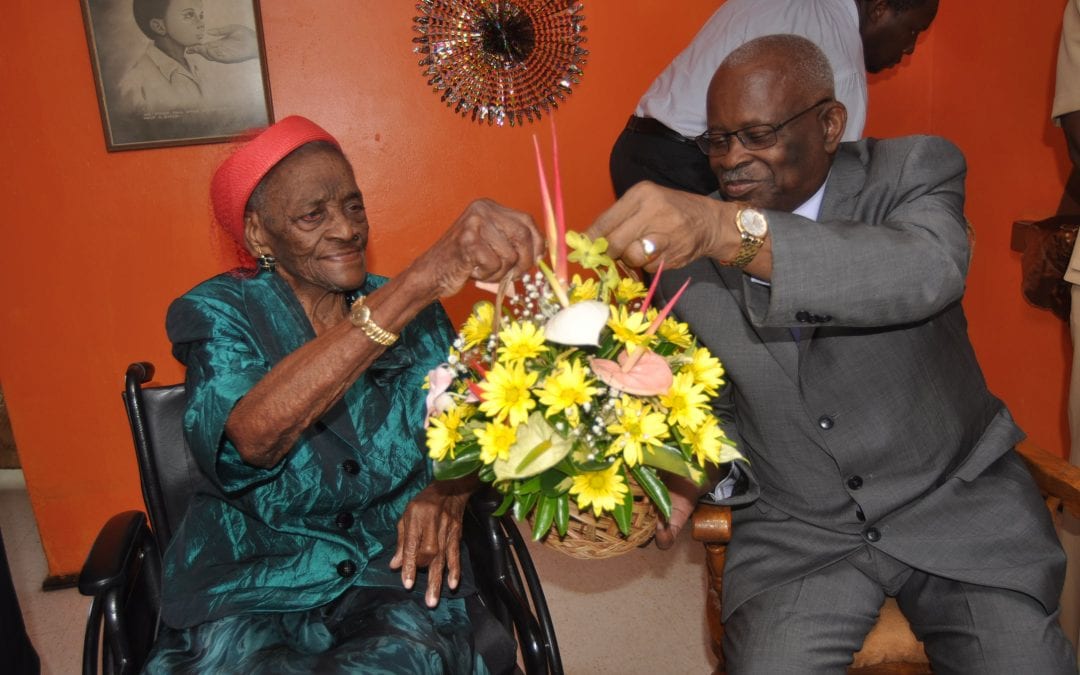 At the end of her schooling, Etherline was offered a pupil teaching position at her alma mater, a position she politely declined.

Instead, she played the piano and did embroidery.  Later in life, Ms. Puckerin sold fishcakes, sweetbread, and pudding and souse.

In fact, one of her clients was Barbados’ late Prime Minister, The Right Excellent Errol Walton Barrow, whose Saturday was not complete without his bowl of the popular delicacy.  It is understood that the late Prime Minister shared his pudding with Lady Springer, wife of his cousin, the late Sir Hugh Springer, former Governor General of Barbados wife.