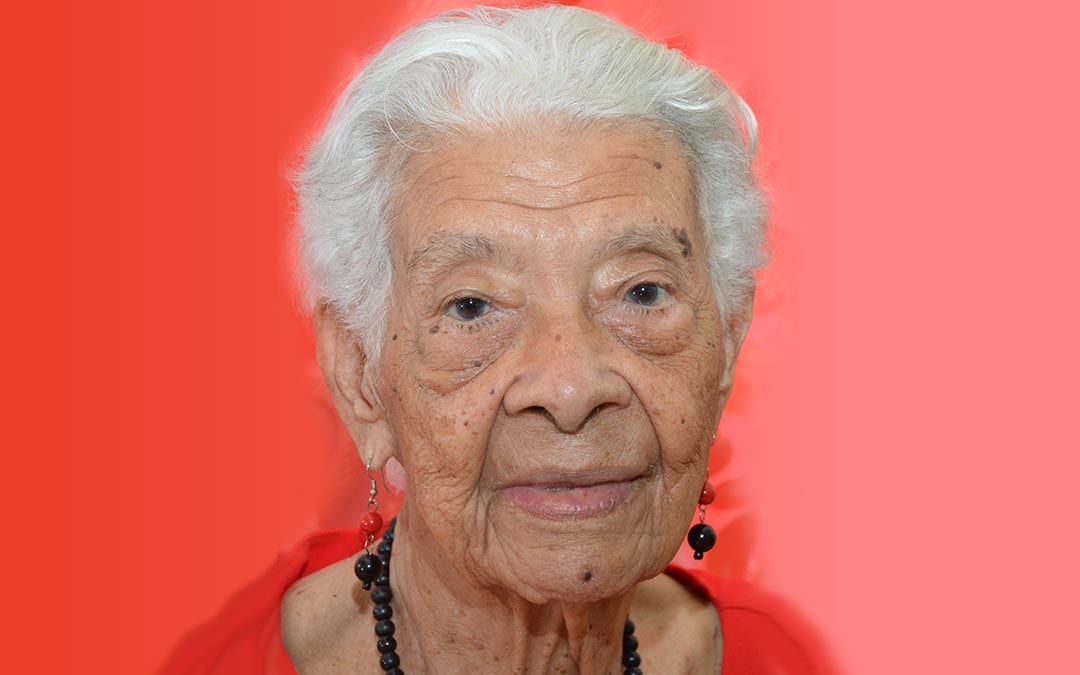 .Gwendolyn Eulene Trotman was born in Cave Hill St Michael on September 16th, 1917 to Leotta Howard (a Domestic) and Deighton Browne (Undertaker). Gwendolyn attended Ms Allamby’s school in Cave Hill, and left school at age thirteen to enter the world of work. Her first job was as a store clerk at R. S. Nicholls on Swan Street. She was called by names such as “Gwenie”, “Trottie” or “Aunt Gwen”, but these names were eventually replaced with “Trot-Pot”.

Gwen left Barbados in her early twenties and went to Trinidad to seek greater opportunities. There she met and married Lionel Trotman a young engineer. His work resulted in them relocating to St Kitts for many years. They also lived in Antigua, Nevis and Anguilla. It was in Antigua and St Kitts that Gwen’s talent of hairdressing came alive. She would use her skills to send out many brides and influential persons. Although she interacted with many of the “who’s who” in the various Caribbean islands and England she never lost the common touch. She was always described as being very humble, helpful and always had a smile and a kind word for anyone she encountered. In Anguilla she lived with her son Mitchell who later became Commissioner of Police and Superintendent of Prisons. She also adopted Susette on her return to Barbados and grew to love her as her own.

Gwen continued to live in Cave Hill St Michael and worked at the Social Welfare Department as a Receptionist. On her retirement she worked at DaCosta Manning in Fontabelle to avoid being bored. She also continued hairdressing at her home on weekends for several years and would be sought after to produce her special hair greases. Gwen was a community person who never refused to help anyone she could. She was called upon to transport mothers in labour to the hospital or to provide counsel to persons. Gwen loved her God and ensured that she attended church at St Stephen’s and later Christ the King Anglican at Rock Dundo St Michael. Her favourite saying was “I’m a child of God”. No matter what adversity she faced she held on to her faith in God. She sang in the choir at St John’s cathedral in Antigua and later at Christ The King.