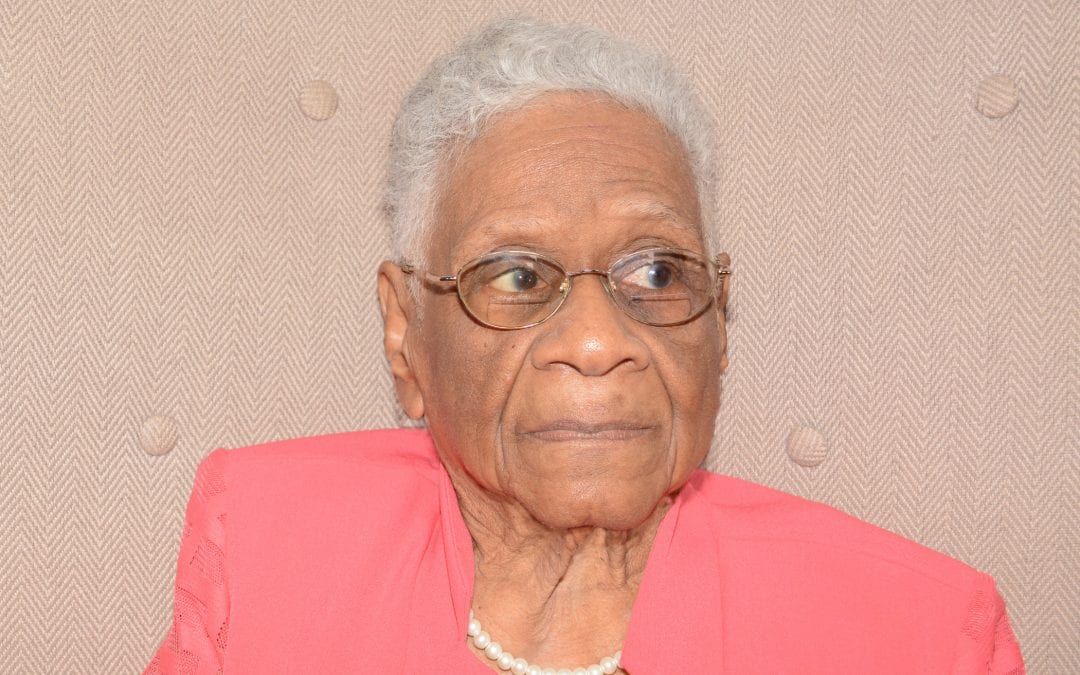 Eureka Lewis loved baking and among her many treats were turnovers.  However, she didn’t keep the skill to herself; she taught many in Emmerton Lane, St. Michael, where she spent her formative years.

She was educated at St. Mary’s Girls’ School where she reached seventh standard.  On leaving school, she became a shop assistant at Stoute’s Drug Store on Roebuck Street.

Mrs. Lewis was married to David Lewis who predeceased her in 1979. The mother of three also has eight grands and 12 great great grands.

She has been a devout worshipper at the Maxwell Wesleyan Holiness Church for more than four decades.

Mrs. Lewis has a hearty appetite and still enjoys cake and ice cream as a treat.