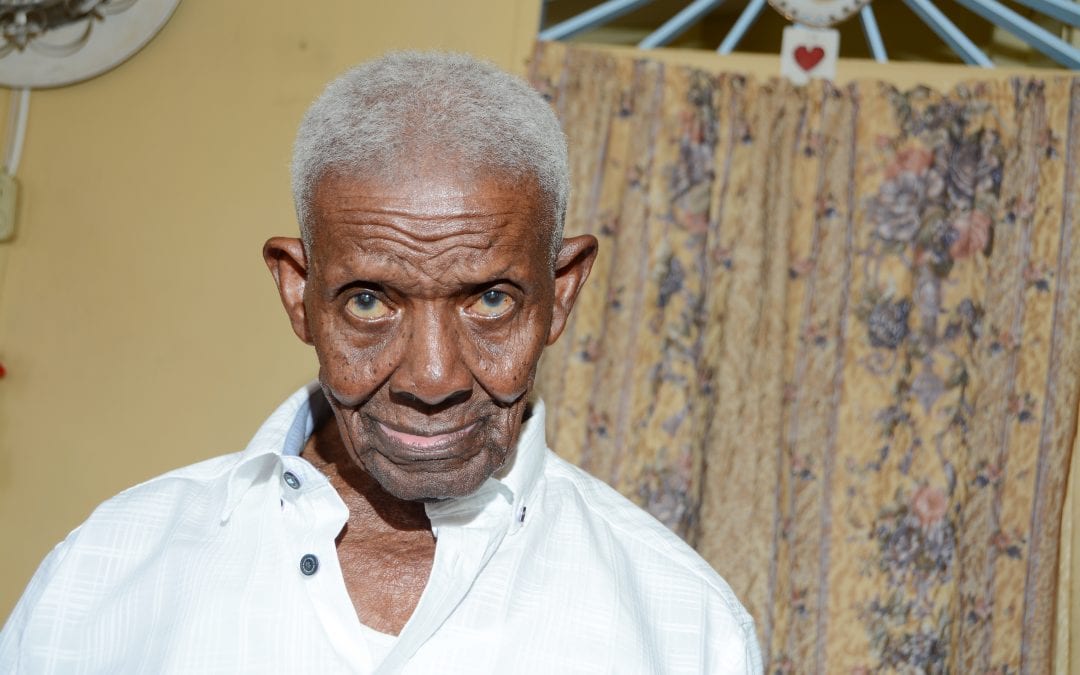 Felix Alexander Husbands thrilled many audiences across Barbados when he went “down to low town” with other members of the Barbados Landship at various events.

He was born in Balboa Heights, Panama on May 18, 1918, and came to Barbados with his parents Duncan Hinds and Irene Chandler at the age of three.  At the time, he resided in the nearby Olivies Gap, Tudor Bridge before settling at Kew Road in the same district.

Uncle Felix, as he was affectionately called, attended Mt. Hillaby School, St. Thomas.  On leaving school, he worked as a road mender in the then Ministry of Communications and Works.  He retired in 1978.

He married Gwendolyn in 1950 and she predeceased him in 2014.  They had no children but cared for children of family members and friends.

As the oldest surviving member of the Landship, Uncle Felix served in the Cornwall (Carrington Village) Dock and the Queen Mary (Goodlands Dock).  Felix still had his badge and other items from his time in the Landship.

Niece, Jaslyn Hall said her uncle rode his bicycle everywhere and recalled him transporting her to several places on the bicycle bar.

“Uncle Felix loves flying fish and bakes, and other sweet treats.  He takes the occasional sip of his “favourite spirit” occasionally,” she said at the time of the interview.

She recalled that he spent his days listening quietly to his favourite radio announcer, Larry Mayers, on VOB 92.9 FM.