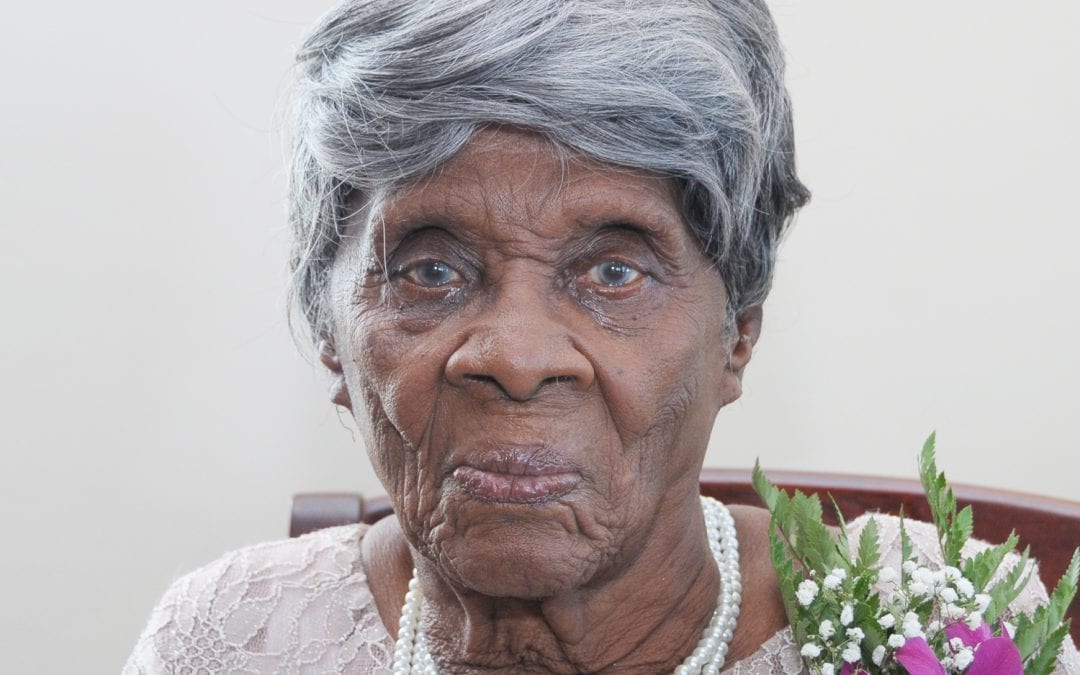 Florence Mason has added her name to the list of the growing number of centenarians.

Governor General, Dame Sandra Mason and former Chief Justice of Barbados, Sir David Simmons joined family members and other well-wishers who were on hand for the celebrations in Bayfield, St. Philip.

Florence was born in Eastpoint, St. Philip and educated at Bayley’s and St. Catherine’s Schools to third standard.

On leaving school, she first worked as a domestic for the Barrow family who were black shopkeepers in the district and then as a labourer at Thicketts and River Plantations. She was also a fish hawker.

Florence moved to Bayfield at the age of 21 and married Joseph Mason, now deceased, who was the cousin of Dame Sandra.  The couple had 14 children, four deceased, 22 grandchildren, 31 great grands and two great-great grandchildren.

She still attends St. Catherine’s Anglican Church where she has been a member for several decades.

Ruphene recalled the lashes that she received from her mother when she “snuck away from home” and went to the nearby Skeete’s Bay.

Florence has a hearty appetite and enjoys cou cou with anything and pudding and souse.