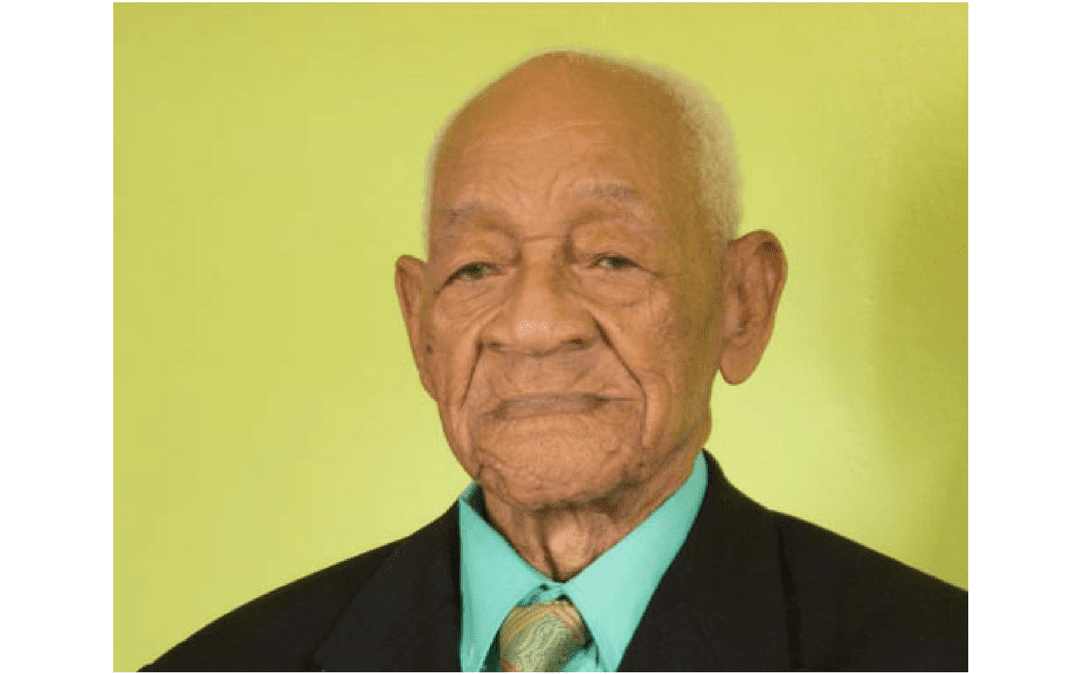 Francis Medford Clarke, better known as (Medford or Meddy/Red Man) was born on Sunday, 21 May, 1916, to Eldica neé Goddard and John Evangelist Clarke.  He lived in Foul Bay, St. Philip, with his 11 siblings.

He moved from Foul Bay, St. Philip, to live in ‘town’ and eventually built his home at No.3 Palm Tree Place, Bayville, St. Michael.

He was part of a family of long livers, as his grandmother and aunt lived to 108 and 109 years, respectively.

His parents were hard workers and taught their children to appreciate the land, and also the need to make a living from the sea.  He always loved the ocean.  Growing up in Foul Bay, he learned to swim in those waters which are famous for having extremely dangerous rip currents, and where only locals swim.  Over time, his love for the ocean evolved into a love for fishing.  This became his lifelong passion.  At the age of 16, he got his first boat and decided to use it to earn a living.  It was a sail boat called “THE EXCHANGE”.  Mr. Clarke  caught many types of fish, including flying fish, albacore (also called tuna) red snapper and dolphin.

Mr. Clarke was a kind and giving person who was known in his neighbourhood.  He ensured that his neighbours received some of his catch when he had a surplus of fish.  He could eat fish for breakfast, lunch and dinner, every day without complaint.

When he reached the age of 88, he fell ill and decided that it was time to stop fishing.  That love for fishing and his career as a fisherman had lasted 72 years.  He is still registered as oldest boat owner on the island.  After retirement, he did not given up on his interest in fishing.  He  increased the size of his boat and re-named it “CYNTHIA 2”.

Francis Clarke was a quiet, funny and humble man, who does not like to fuss or confusion.  He recognizes the value of praying, and does so constantly.  He can still quote verses from the Bible which he memorized in his youth.  His favourite chapter was Psalm 91, and has memorized all 16 verses. Sadly in April 2018 Mr. Clarke passed away.