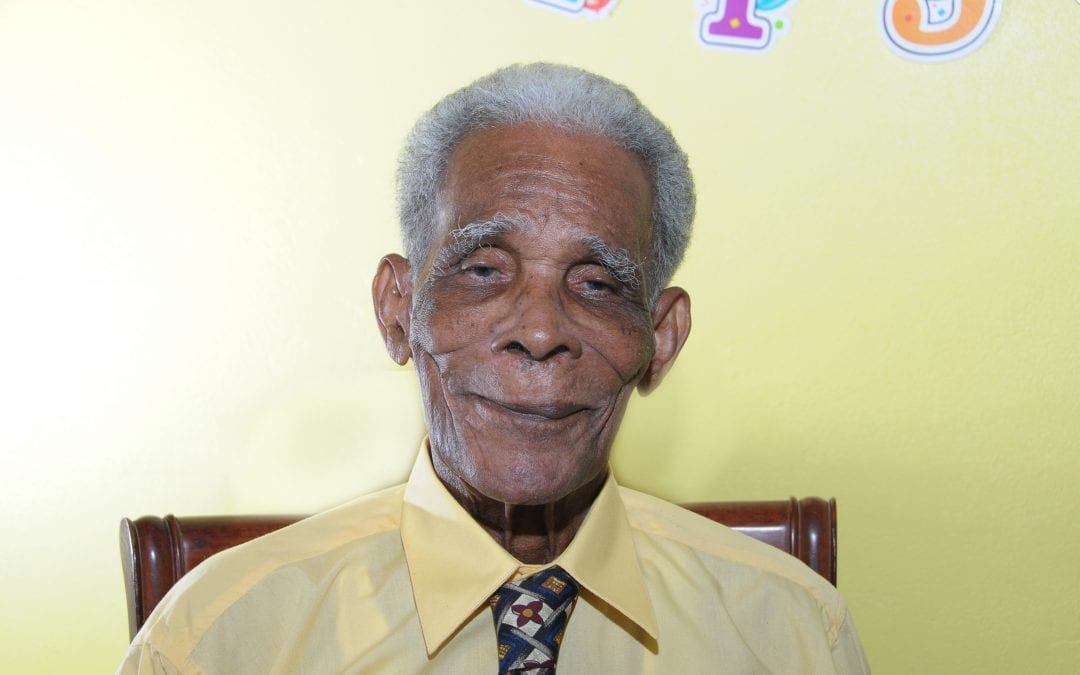 George McMalon Toppin was 23-years-old when he left Barbados and went to the United Kingdom to fight in World War II.

Like many young Barbadians who left these shores for the battlefield, he was unaware of the dangers that were ahead.   However, Mr. Toppin lived to tell the tale of his war exploits especially when he was on a ship bound for England in 1945 and it was torpedoed by the Germans.

At age 83, the war vet penned a book called Survivors in 2007 which chronicled his war experiences as well as those of living in England.

During the war, George was not on the battleground, but contributed as a chemist and engineer making crankshafts for the bomber fighters.

Mr. Toppin was born in Gall Hill, St. John and educated at St. John’s Mixed School to seventh standard.  While in the United Kingdom, he graduated with a degree in Chemistry from Manchester College.

On returning to Barbados in the 1960’s, Mr. Toppin worked at the Government Lab which was situated near Harrison College where he remained until his retirement.

Shortly after retirement, George worked at the Barbados National Standards Institute until 1979.

He has two children, one deceased and two grandchildren.

His wife Erlan Toppin said her husband still has a witty personality and was still alert.