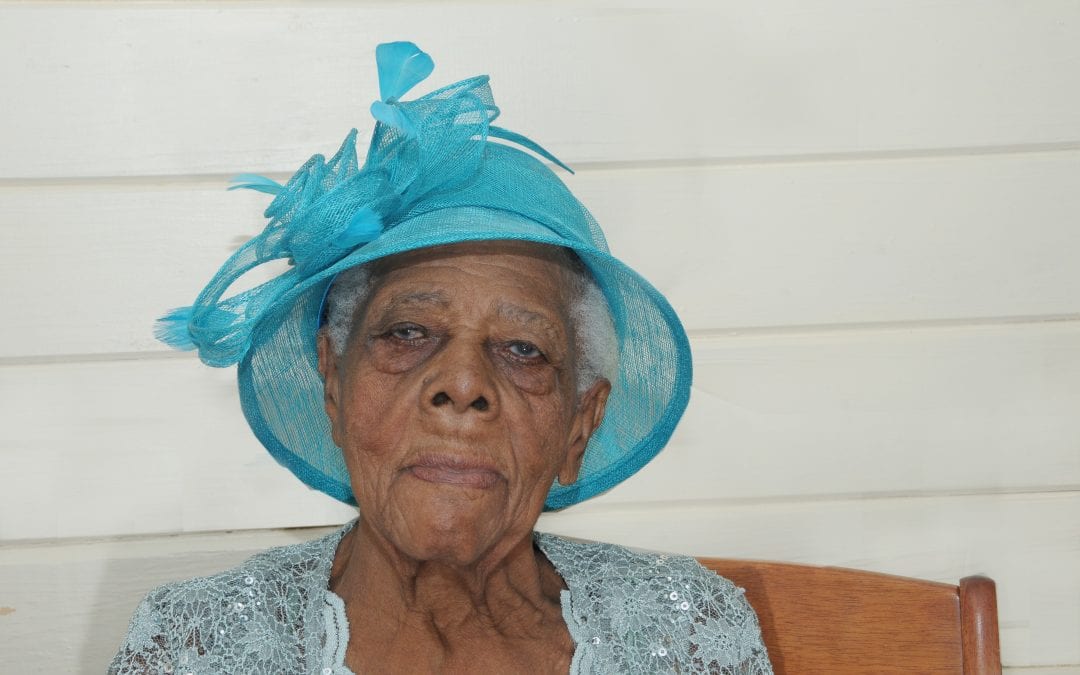 Lawrence Gertrude Hewitt grew up in Mayers Corner, St. Joseph but lived most of her life at Alkins Road, Carrington Village, St. Michael.

She received her early education at Clifton Hall School.  Later in life, she worked as a domestic at various private homes.

Mrs. Hewitt’s life was one of devotion to God.  She attended Carrington Wesleyan Holiness Church from 1947 and during her more than seven decades as a member she was involved in various church-related activities.

Gertrude was involved in missionary work and distributed tracts in the District Hospitals, the Queen Elizabeth Hospital and other healthcare institutions.  She also visited shut-ins and conducted cottage meetings.

Daughter Maureen Hewitt said her mother enjoyed singing hymns which she had learnt while attending Carrington Wesleyan Holiness Church since 1947.  She also liked listening to an audio version of the Bible during the day.