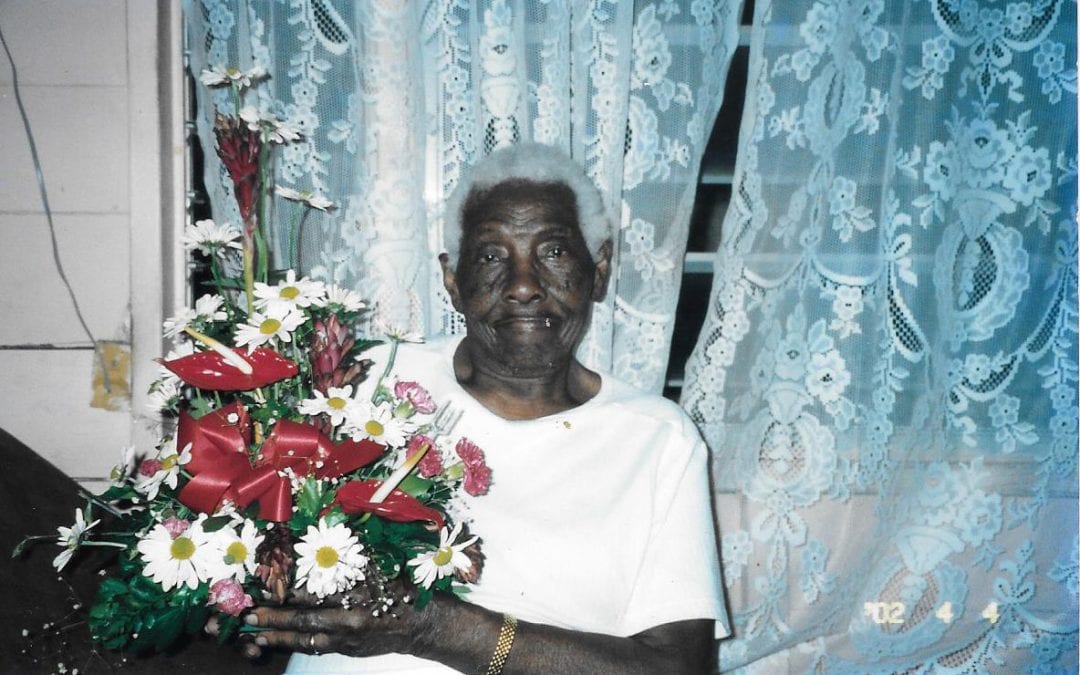 Gladys Trotman was born on December 19, 1911 to Charles and Theresa Callender at Oldbury, St. Philip.  She was educated at St. Martin’s School.

On leaving school, Gladys worked as a housewife, domestic washer of clothes, home caregiver for the elderly and at Martineau Drinks’ Factory, later selling soft drinks as a reseller.

A staunch Anglican, Mrs. Trotman was confirmed at St. Martin’s Church in 1923 at the age of 12. She was an active member of St. Mary’s Anglican Church from 1939 to 2017.  She also served as a member of St. Mary’s Mothers’ Union for 54 years and sang in the church choir.