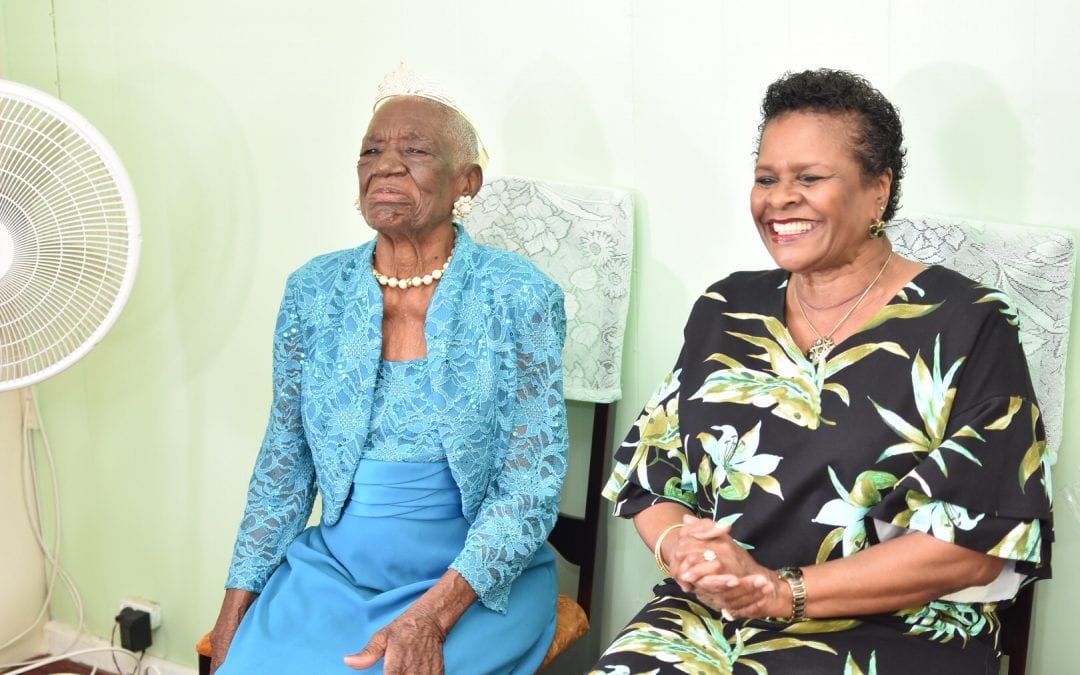 Gwendolyn “Daisy” Mayers lives by the maxim working hard, being happy and sharing that happiness with others.

The effervescent centenarian, whose youthful looks belies her 101 years, was born in Hillaby, St. Andrew, and educated at St. Matthew’s School, St Michael.  She later moved to Jackman’s, St. Michael where she worked as a domestic at the former Marine and Windsor Hotels, Hastings, Christ Church.

In 1996, Daisy emigrated to the United States of America and worked as a domestic in private homes in Queen’s New York for over 20 years.  She returned to Barbados in 1980 and relocated to Savannah Road, Bush Hall, St. Michael, where she still resides.

Gwendolyn is a devout Anglican and a member of St. Matthew’s Anglican Church where she was a member of the Mother’s Union.

Daisy was never married but had two children, one deceased.

Ms. Mayers still cooks her own meals and spends her days reading the newspaper and chatting with friends.

Daisy is diabetic and suffers from pain in the knees.  She has a hearty appetite and believes in eating everything in moderation.