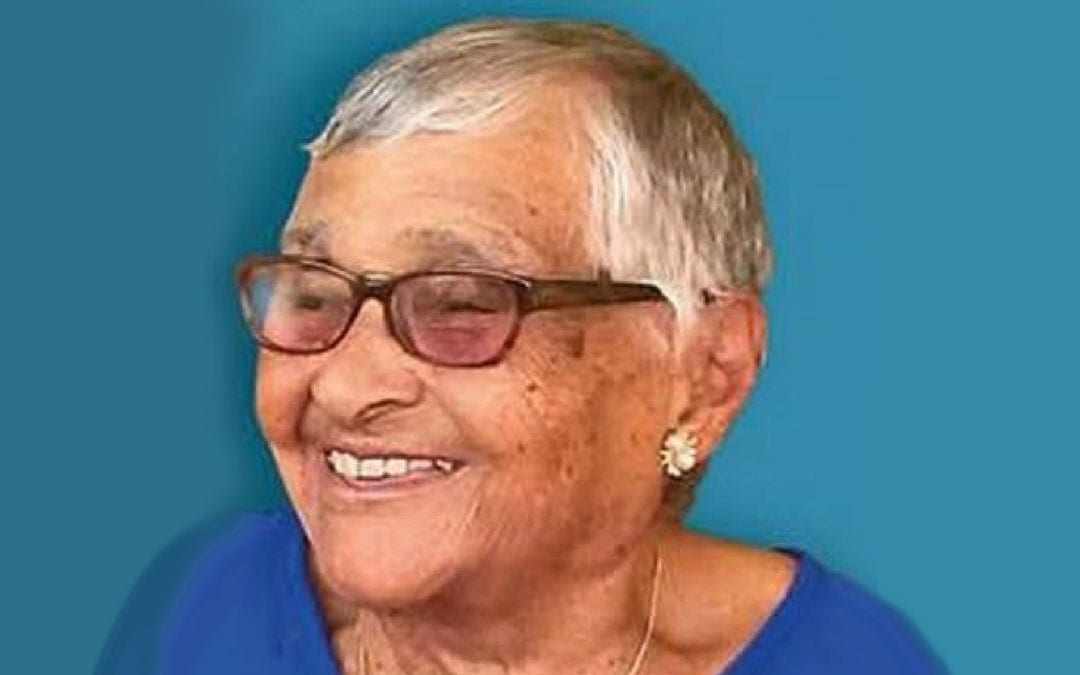 Helen Lizette Hutchinson was born September 11, 1915 to Robert and Rachel Mayers. She is the last of four children.  She attended St. Margaret’s Primary School.  Her family were shopkeepers in the area serving the communities of St. Margaret’s, Glenburnie and Foster Hall.

In 1936, she married Grafton Hutchinson, who was overseer at Newcastle Plantation.  The family was then moved to Parks Plantation, and subsequently to Cambridge Plantation from where the children attended secondary school in Bridgetown.

With six growing children, five boys and one girl, she devoted her time to looking after and caring for them and loved cooking for them. Her favourite signature dishes were fishcakes and macaroni pie. She was also a skilled seamstress, and was the chief task master when it came to disciplining her crew.

On her husband’s retirement, she moved back to St. Margaret’s, St. John, close to where she was born.  She again worshipped at St. Margaret’s Church, which she had attended in her youth.

Her 100th birthday celebrations saw her enjoying the company of her six children, 15 grandchildren and 13 great-grandchildren.