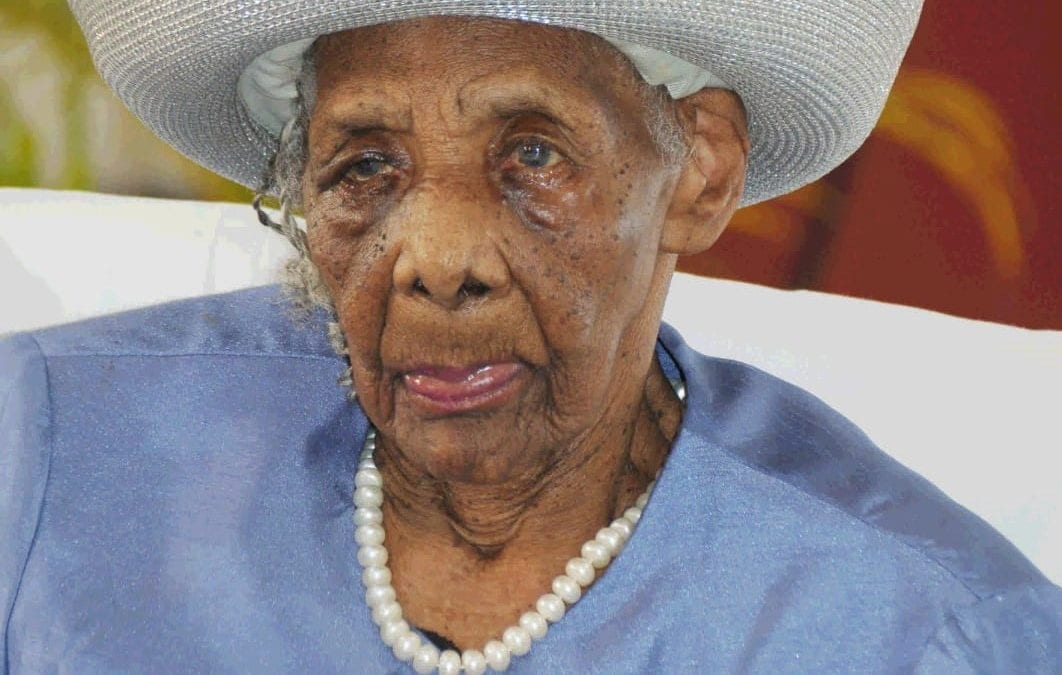 Born in Crab Hill, St. Lucy, Hilda was educated at St. Swithun’s School.  She later worked as a domestic for the then Headmaster of Selah School, Mr. Barnett, and later as a labourer.

Married to L. Dacosta Boyce, a fisherman, in 1957, Hilda had one son, Nathaniel Griffith from a previous relationship.  He currently resides in the United Kingdom, but was unable to attend the celebrations.  Nathaniel’s wife Maryline, attended on his behalf.

Maryline described her mother-in-law as a pleasant, caring person who loved her grandchildren.  “She is always giving.  If you don’t have just call Mrs. Boyce and she will look after you.  She is a really caring person.”

Though being sight and hearing impaired, Hilda still has limited recall of events and can converse with relatives and friends.