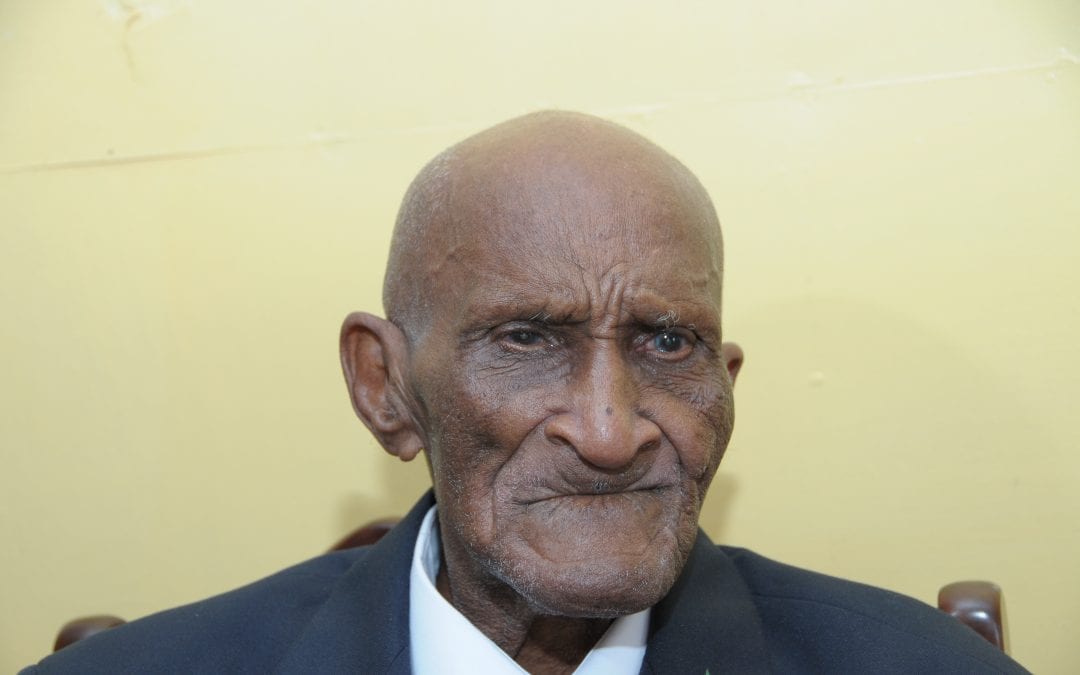 James Stuart was born at Ellerton, St. George and was educated at St. Luke’s Boys’ School.

When he left school, James worked at the then Department of Public Works as a mason.  Like many young men of this era, James joined the Barbados Regiment and fought in World War II in Trinidad and the United States of America.  He is a retired member of the Barbados Legion.

In 1950, he wed his sweetheart Evelyn, now deceased, at St. Luke’s Anglican Church.  They were married for 67 years and had nine children.  They also have 27 grandchildren, 51 great-grandchildren and 10 great-great grandchildren.

James was a lover of politics and cricket.  However, he was not an ardent fan of the West Indies and often hailed for the opposing side much to the amusement of his friends and family.

Mr. Stuart was a devout member of Haggatt Hall Wesleyan Holiness Church and served as an usher, janitor and an all around “jack of all trades.”

James spends his days quietly and still has an excellent recall of past events which he shares with his relatives.

Mr. Stuart is the cousin of supercentenarian James Sisnett, who died at age 110.