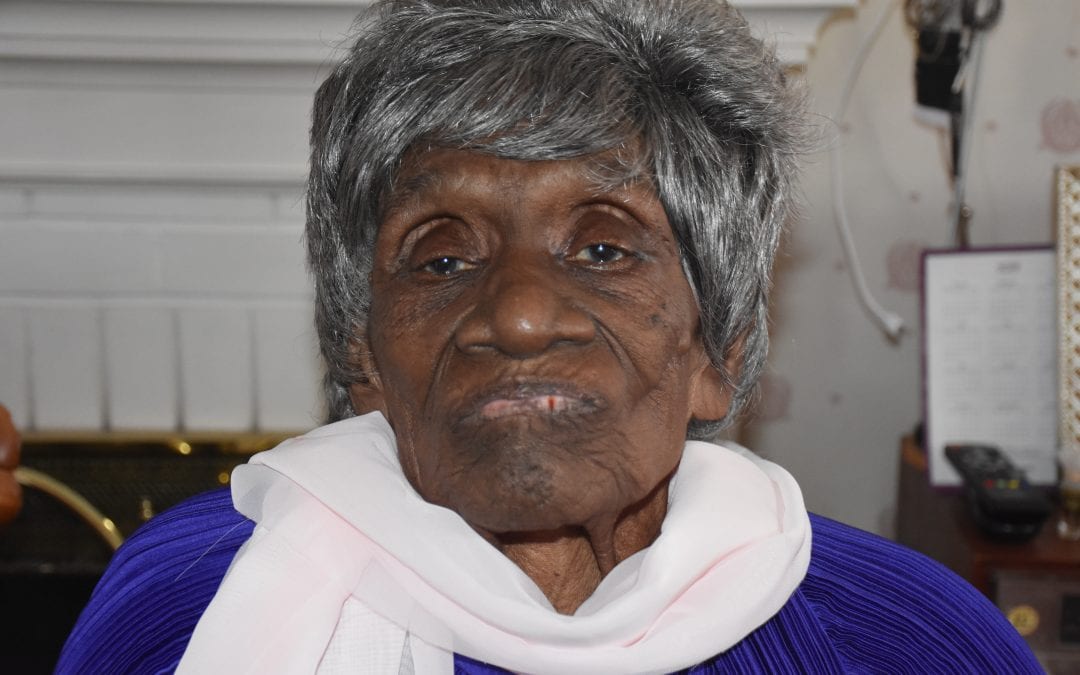 Her early education was at the St. John the Baptist Primary School and her early life surrounded raising livestock, baking and cooking, in addition to being around the sea.

Vanlair or ‘Ma Clarke’, as she was familiarly known, married Eric Clarke at 19 years old and that union produced five children, three of whom predeceased her. She was raised in Paynes Bay, but after marriage moved to Fairfield Cross Road and Howells Cross Road, St. Michael, before later moving back to Paynes Bay. She moved to Hartford, Connecticut in 2011, to live with her daughter Ophelia, after the death of her youngest daughter Judeane Ashby in 2010.

Ma Clarke worked as a housewife during her marital union and was proficient at baking wedding cakes and cooking.  In the latter case, she would cook and give to needy persons in the neighbourhood and was known as a ‘boss’ at stirring cou cou.

Her daughter Ophelia Clarke described her mother as a hearty eater, who was always singing and praising God.  She said the centenarian was a strict disciplinarian, who insisted that proper English be spoken in her house by her children.

Longevity runs in Mrs. Clarke’s family, as her younger sister, Gioletta Murray, is 91 years and lives in New York, while her other sister, Undene Graham, who resides at Stewart Hill, St. John, is 98 years old. Well-known historian, Morris Greenidge, is a cousin. Mrs. Clarke had 15 grandchildren, 28 great-grandchildren and 15 great-great-grandchildren.

Mrs. Clarke passed away on Saturday, January 25, 2020, one month after reaching her special milestone.