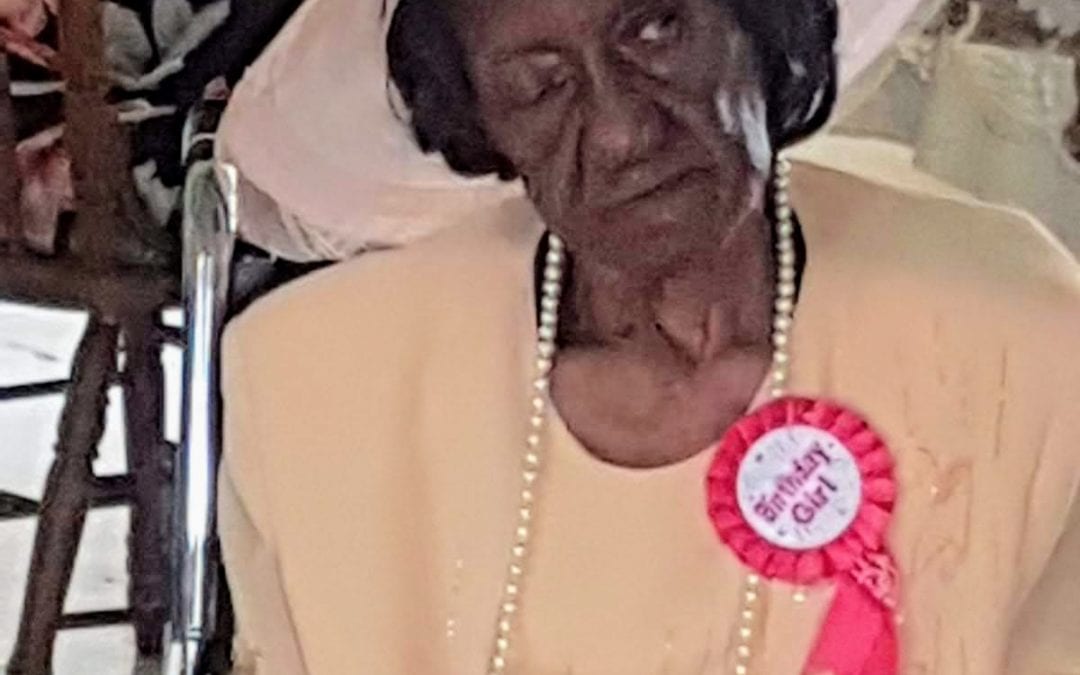 The last of six children, she attended a private elementary school run by Cordy Rollock in the same parish; school fees were a penny a week.

For many Barbadians in that era, there was limited education and work opportunities.  Mrs. Gilkes, fresh out of school and in search of work, was forced to go into the Third Grade – the designation for plantation workers with limited education.

She was taught to load canes by climbing a ladder on to the truck where she worked as a labourer at Orange Hill and Lancaster Plantations.

In her younger days, Mrs. Gilkes worshipped at the Salvation Army, and later attended St. Peter’s Parish Church, before moving on to Farm Road Pentecostal Church.

Although she held no offices in the churches she attended, Laurine assisted with cake sales, the harvest, and sang at song services at the Pentecostal Church.

Granddaughter Kareen Gilkes said her grandmother loves cou cou with salt fish gravy, and still eats it to this day.  She was one of Barbados’ best conkie makers, a skill which Kareen has mastered.

Mrs. Gilkes also raised pigs, and always had yard fowls.  Early every morning, she would enjoy a dip in the sea behind Jordan’s Supermarket in Speightstown before the area got developed, and would always carry oranges as her snack.