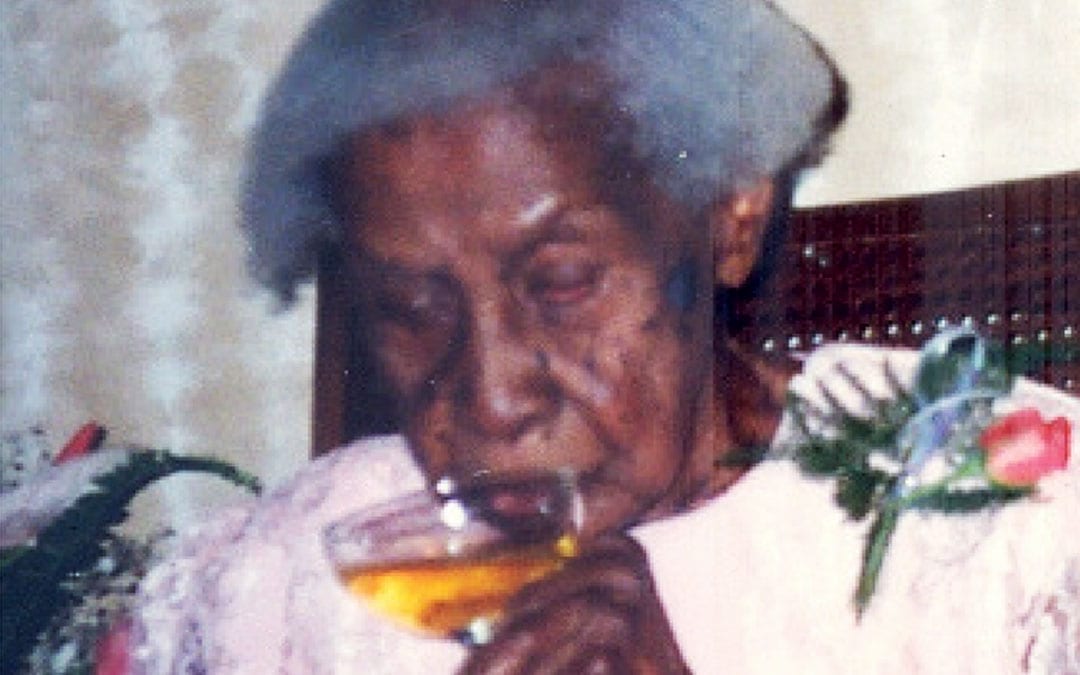 Leonora Frankcilla Scantlebury was born on June 6, 1896, and resided at 5th Avenue New Orleans, St. Michael.  In 1985, she moved in with her only daughter, Elsie Forde, at Deighton Road, St. Michael.

“Gran” as she was familiarly called was a housewife who was married to Darnel Scantlebury.  She was the mother of seven children, four boys and three girls.  Two of the girls died in early childhood.   Gran worshipped at the White Park Wesleyan Holiness Church on Whitepark Road, St. Michael.

In October 1999, Leonora was honoured at the inaugural Luncheon to Honour Centenarians of the Millennium.

She passed away at the age of 108, in August 2004.  Her mother, “Sasa,” had died at the age of 109 in 1983.  Gran also had one uncle and three aunts who lived to be centenarians.  Even though long life ran in Gran’s genes, she strongly believed that her was because of God’s grace.