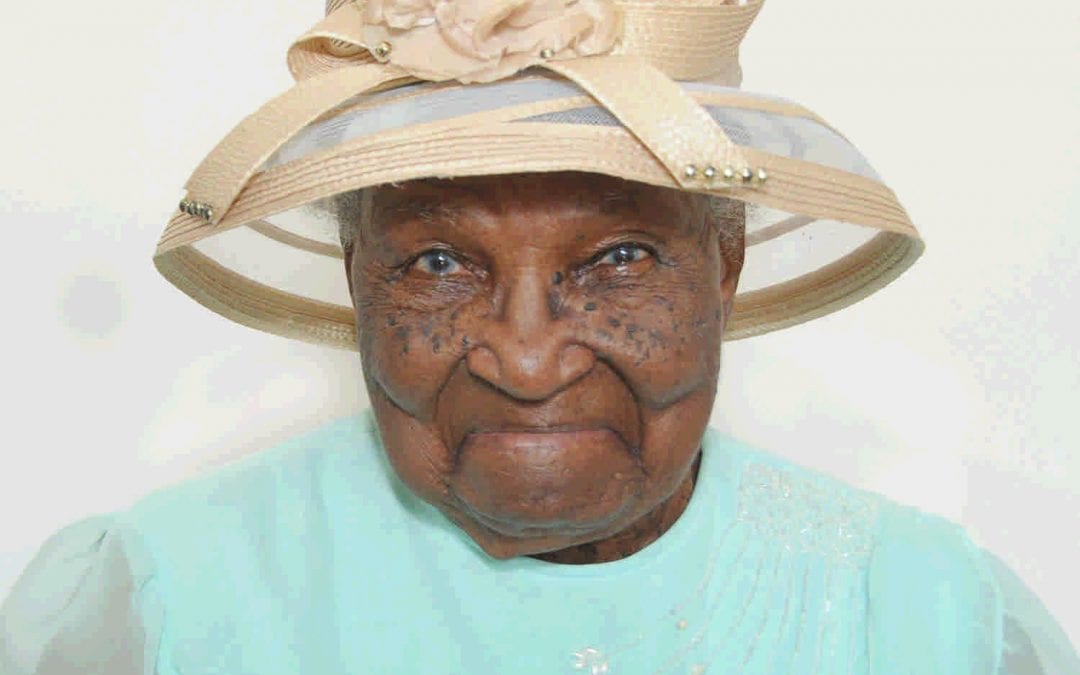 Leotta Cuffley’s sharp wit and spunk drew peals of laughter from family and friends who gathered for her 100th birthday celebrations.

Leotta thanked God and the “whole of Barbados” and declared that she felt really good.  “I feel good.  I got to love God with all my heart and all they have to do is get down on their knees and serve God too.”

While at River Plantation, Leotta speaks of having come close to late Premier of Barbados, Grantley Adams whom she described as a people’s person fighting for the rights of the working class.

“He [Grantley Adams] passed beside me and I did not know who he was.  So, I asked one of the girls and she said that is Grantley Adams.  I thought he was a white man but he is a black man.  He was for the people working hard and wasn’t getting anything and quick so, the money raise.  I was very glad because I wanted a house and I was able to save my money and buy my house.”

Present for Leotta’s big moment was Governor General, Dame Sandra Mason .The visit was extra special for Dame Sandra , as Leotta is her cousin and the two chatted at length about growing up in the old days.

Dame Sandra lamented the erosion of long-held values, noting that younger people needed to hold on to those values expressed by centenarians.  She said that centenarians, especially like [Lee], were the people on whose backs we would have grown up. “Had it not been for them, whether they worked in the fields, whether they worked as domestics, they taught us the values…the sort of values that are fast leaving us nowadays.  They taught us to be industrious; they taught us to care and love for each other and whatever little we had, we used to share.  Your family friends and neighbours never went to sleep hungry”, she added.

She advised young people to “work hard, pray hard and whatever you need, buy from what you worked hard for.”