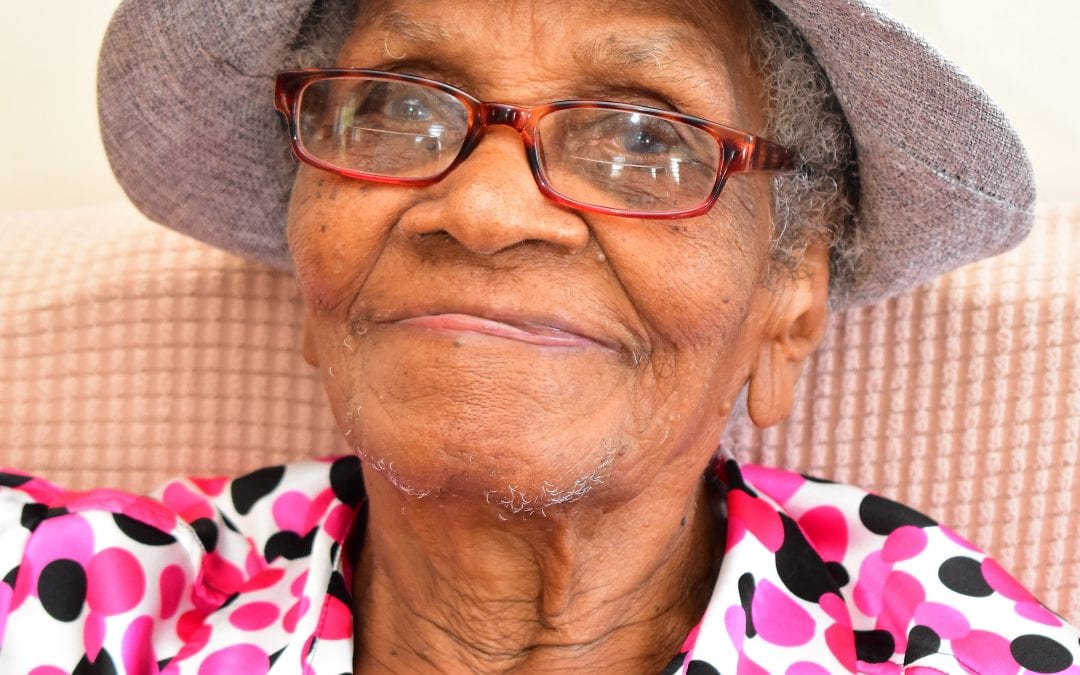 Lilian Straker can boast of being one of the island’s oldest cancer survivors.  At 90, she gave her family quite a scare when she was diagnosed with colon cancer.

This feisty lady had surgery in 2009, and doctors decided not to give her chemotherapy because of her age.  However, they closely monitored her condition, and today, she is cancer-free.

She learned to sew with the Crichlow family, who lived nearby, and used to make clothes for her children and other relatives.

Later, Lilian worked as a labourer at Ball’s and Lowther’s Plantations weeding, cutting sugar canes and picking pond grass, and this she attributes to her being “so strong and powerful today”.

She recalled toiling on the plantations for $28 a week, and added: “Nobody was there to help you….  You had to do all your work yourself.  If you cut canes, you would work for more than $28.”

Her religious grounding began at Providence Methodist Church, when she resided in Pilgrim Road, Christ Church.  She later moved to Lowther’s Hill, in the same parish, where she has been for more than five decades.  She is a devout member of Fairview Church of the Nazarene, and was a Sunday school teacher.  In fact, she still walks to service on Sundays, and is a regular on Wednesday nights at Prayer Meeting.

Lilian thanked God for her long life, adding: “When you think about the goodness of God and where He brought you from, your weary soul cries out praise the Lord for saving me.”

Her daughter Pauline Straker’s fondest memory of her is her independence.  “She was a very independent woman.  I remember mama working and not depending on anyone.  Family and work were her two greatest joys,” she said.

In addition, she said her mum is still very active, and up until five years ago caught the bus every two weeks from Mangrove Bus Depot, St. Philip, to go to the Oistins Post Office to change her pension cheque.  From there, she caught the bus from Oistins to Bridgetown, where she used to shop at Jordan’s Supermarket, Fairchild Street.

At 99, Lilian travelled to Carriacou, one of the Grenadine islands, unaccompanied.  She spent six weeks with her daughter Jenny Corion.

Lilian eats just about anything, but disclosed that she liked eating rice.

She has no major ailments except for arthritis in the knees.

Lilian spends her days singing and dancing to God is a Good God and other choruses much to the delight of relatives and friends.