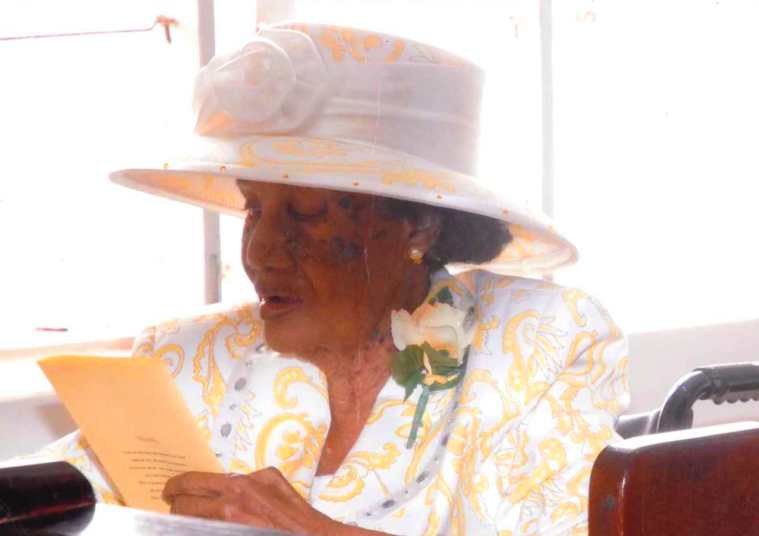 Educated at the former Society Mixed School to seventh standard, Lorraine worked as a shop assistant with her aunt Vivian Taitt at the once popular Ms. Taitt village shop.

Daughter Jenelle Sargeant-Gill said her mum worked at the shop until she met and later married the “dashing” Cyril Sargeant, now deceased.  The couple had four children, two deceased.  They also had three grandchildren, one deceased, and eight great-grandchildren.

As a dutiful mother, Lorraine gave up working at the village shop to take care of her family while Cyril worked as a butler at Henley Plantation House.  As job opportunities were limited in Barbados at the time, Cyril left the warmth of the West Indies for chilly United Kingdom in the 1960’s. He spent 13 years working on the assembly lines at Ford Motor Company.

Mrs. Sergeant-Gill said her mum planted crops on an acre of land. Some of the produce was sold and the remainder she gave to neighbours and used to sustain her household.

She described her mum as a loving, caring individual who had a great spirit of contentment.  She also said that her mother always had a smile on her face and still had a good memory and a witty personality.

Jenelle’s husband Myles Gill, described his mother-in-law as a very hardworking lady whom he met 42 years ago.  In echoing his wife’s sentiments, Myles said she was very loving and still enjoyed a shot of whiskey or brandy.

Lorraine spends her days quietly and has no major ailments except arthritis.