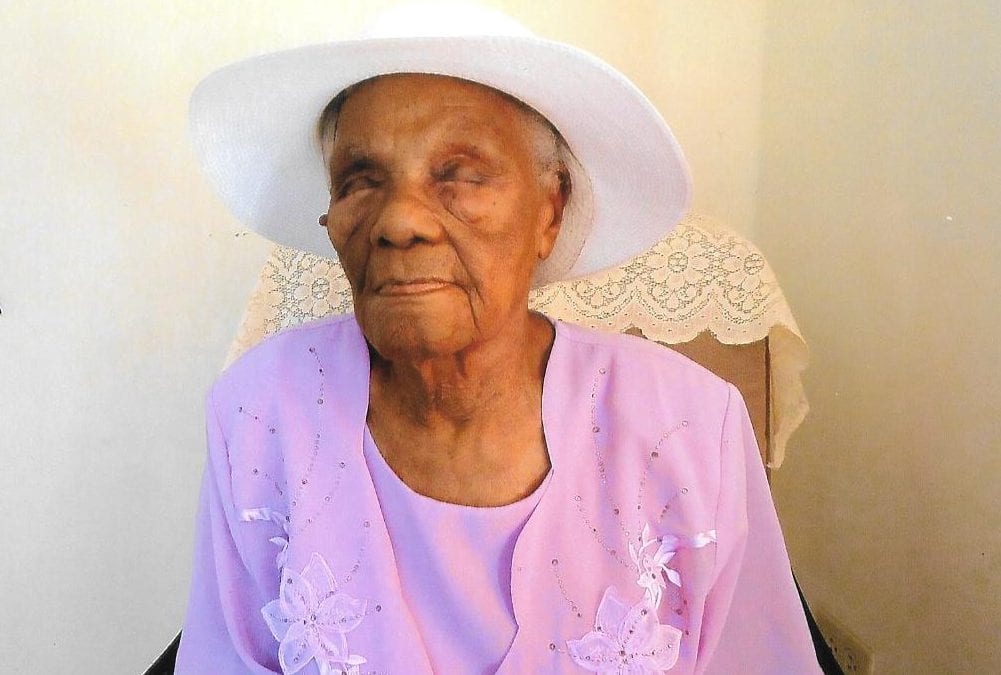 Louise Thorne’s selfless devotion to God was a shining example for her children and neighbours in Woodland, St. George where she resided.

As a young girl, Louise worked as a baby sitter for the Hutchinson family who were owners of a plantation.

She later met and wed Alphonsa Thorne who predeceased her after 61 years of marriage in 2000.  That union produced eight children, two deceased.  They also had 22 grandchildren, 26 great grandchildren and seven great-great-grandchildren.

Mrs. Thorne and her husband tilled the land and raised their children from the produce they grew and sold to the City Market.  They also raised their own livestock for consumption.

Louise was a member of the Church of God Reformation Movement in Greens, St George.  Her daily singing of hymns and reciting of scripture verses was an encouragement to those with whom she interacted.  In fact, one of her favourite sayings was: “I am climbing Jacob’s ladder and will soon get to the top.”

She had a great sense of humour and had the ability to inspire laughter in her conversations.  Louise often told her friends “I give you a joke, but don’t choke”.

Mrs. Thorne was highly respected in her community by children, young people and adults.