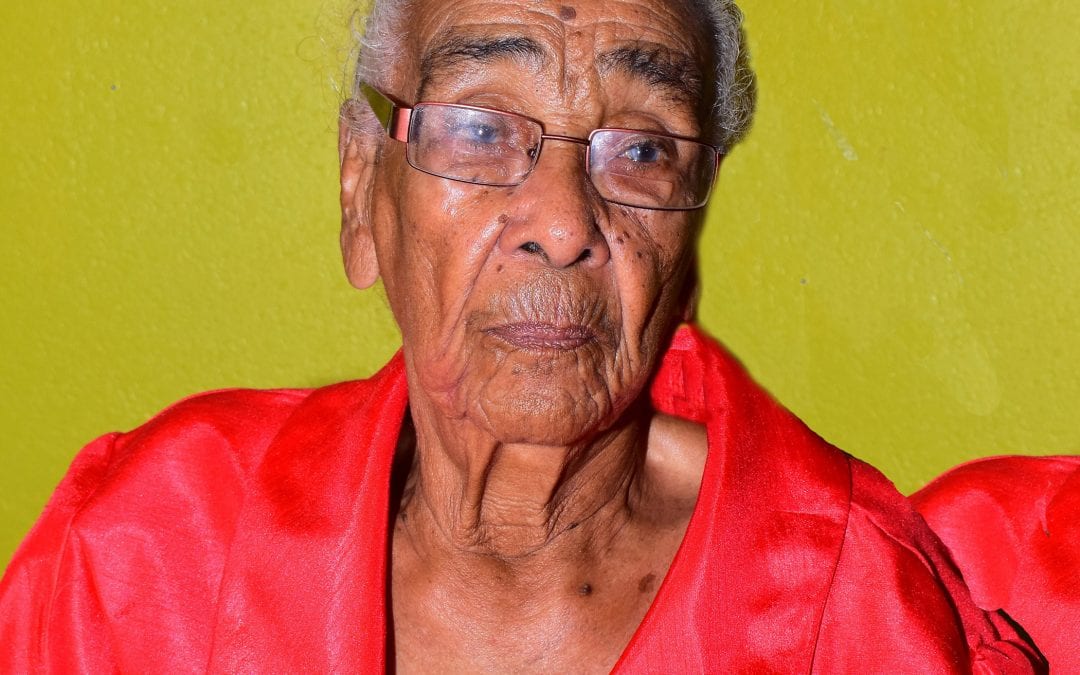 It was a doubly sweet celebration for Mary Coward on Saturday, September 7, when she became the second person in her family to reach the significant milestone of 100 years.

Two years ago, Mary’s late sister Desdemona Delphine Gibson, celebrated her 100th birthday in 2012.  Elated relatives along with Governor General Dame Sandra Mason, raised their glasses in celebration of “Aunt Bay” who was described by many as generous and giving.

Born in St. Helen’s St. George, the birthday girl was in fine spirits as she reminisced on her earlier days, working in the hotel industry and getting married at the age of 20, to her sweetheart Wilfred Coward now deceased .

Educated at St. Augustine’s Girls’ School, she worked for more than 16 years as a housekeeper at Colony Club.

She said: “I never had any children of my own but I had a lot of children because everybody’s child was my child.”

Close friend Ordene Elcock, described “Aunt Bay” as “a generous lady who always has a friendly word for everybody”.

She continued: “She is very generous…I learnt long ago not to go into her house and say that I like anything because if I said that I liked it, she would ask if I want it and insist that I have it.  Then I realized that if that continued, I would be taking all her things into my own home.  So I stopped telling her I liked her stuff.

Mary still resides in St. Helen’s with her nephew and caretaker Johnnie Maynard.

When asked what her favourite dish was, Aunt Bay said she ate “some of everything that passed”.