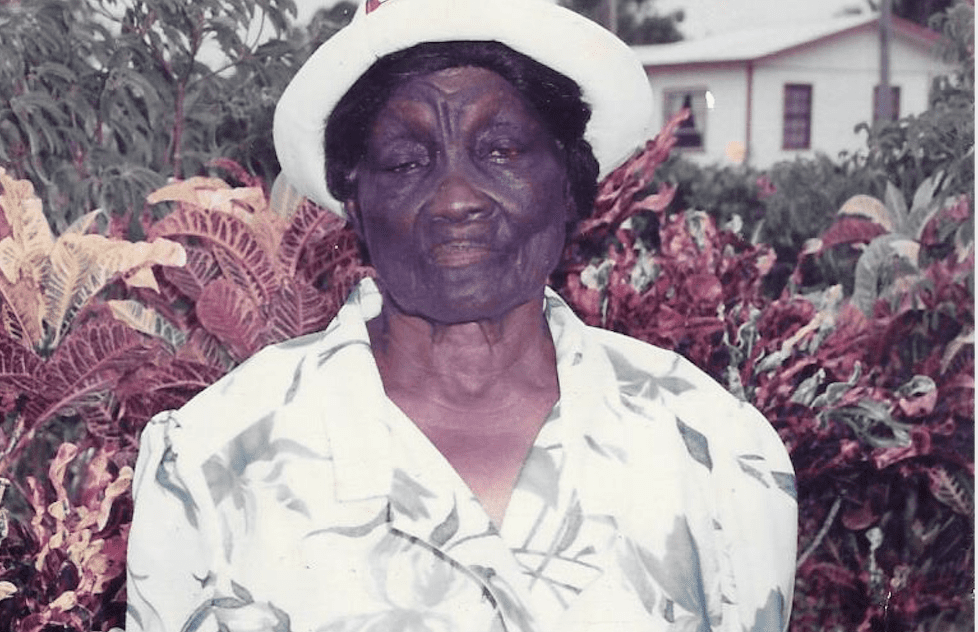 Matilda Jane Barrow, affectionately known as “Tilly or Baba,” was born to James and Martha Skeete, at Pickering, St. Lucy.  Tilly lost her parents at an early age and as a result, she and her siblings became residents of the Almshouse.  Tilly was eventually moved from the Almshouse into the care of Dinah Phillips.

Tilly was described as a generous person.  She and her husband grew ground provisions, and kept and sold animals to supplement their income.  Those who visited the Barrows never left empty-handed.   In fact, Tilly made sure that sugar cane grown on her land was given to the Cave Hill, Seventh Day Adventist Church for their annual harvest.

In latter years, a knee injury prevented her from attending church, but it didn’t stop Tilly from singing and humming her favourite hymns as she reflected on the goodness of God.