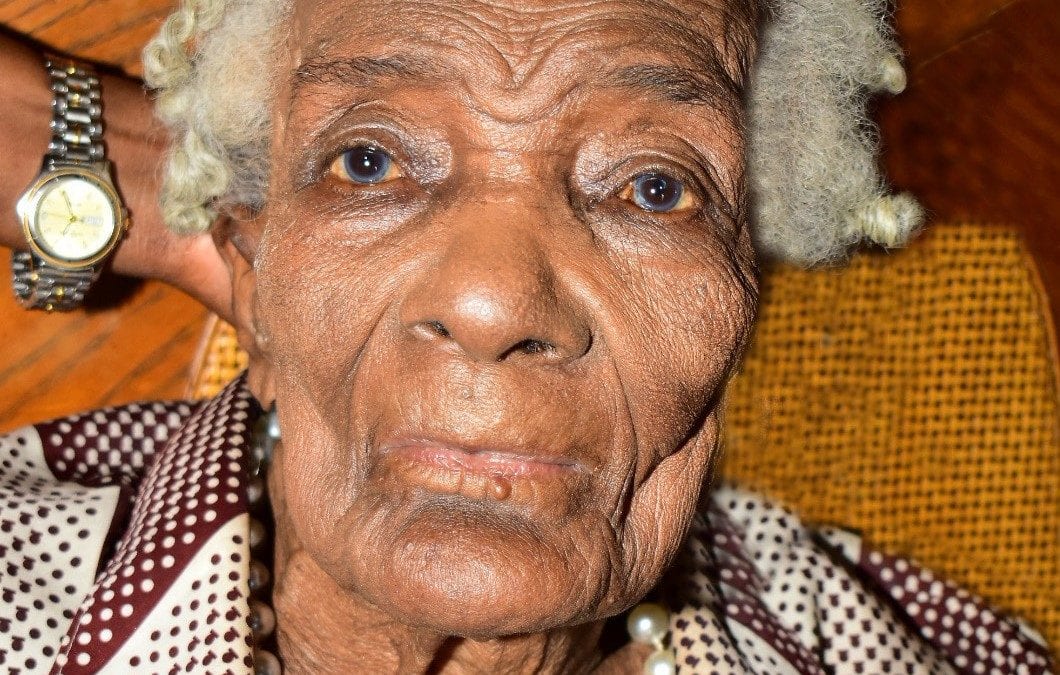 The name Meta Jessamy and her late husband Ralph Jessamy should stand out as two of the workers who helped with the extension of the then Seawell International Airport in the 1970’s.

Governor General Dame Sandra Mason, relatives, friends and well-wishers were on hand at her 100th birthday to toast a grateful Meta who thanked God for his grace and mercies that allowed her to reach the milestone.

“I feel very good.  I have lots of friends and everybody is here.  We have a God that will take care of us.  He does not let us go hungry or naked.  I love my God and I will serve him until my days are over,” Meta affirmed.

Meta was born in Fairy Valley, Christ Church and Educated at Armitage Combined School which was later renamed St. Bartholomew’s School.  On leaving school, Meta lived in Fairy Valley and later moved to Greenland at Enterprise, Christ Church.  She was a homemaker who helped her husband cut and load canes.  She also planted and sold vegetables to assist the family.

Daughters Jasmine Jessamy Walker and Dr. Cathy Jessamy-Babb, both residing and working in Boston Massachusetts, said their mother married their father at the tender age of 15.  The couple had five children, eight grandchildren and six great grandchildren.

Jasmine recounted that Meta was born on a pasture in Christ Church to a young mother who could not get assistance in time.  She also recalled her mother holding on to her tightly when she was almost blown away by a strong gust of wind during the passage of Hurricane Janet in 1955.

“When we had Janet, I slipped out of her hand and she always tells the story of how she jumped down and grabbed and squeezed my hand when I was going into the mud.  She took off with me and we hid in a cave.  The water [rain] was hitting us like pebbles.  She didn’t give me to my father she took me herself and ran with me,” she recalled.

Describing her as a wonderful person who placed others before herself, Jasmine added: “It was her faith, since she was always religious and her extreme love for her children that saw her raising them up to be well rounded giving and caring citizens.  She was and still is a great mother and continues to be a treasure.”

“My mother had beautiful fingers I don’t.  My mother picked up stones to help build that strip [landing strip] at that beautiful airport that we are all so proud of now.  My mother loaded canes with these elegant hands.  I love you mother and I wish that I can turn the clock back…But every day that you are alive, we are going to cherish and make sure that you have the greatest life on earth because you deserve it,” Jasmine emphasised.

A devout worshipper at Enterprise Church of Christ, Jeanette Squires who brought greetings from the congregation described Meta as an active member who attended service up until two years ago.

Mrs. Jessamy was an excellent cook and her succulent fried chicken was “the envy of many”.