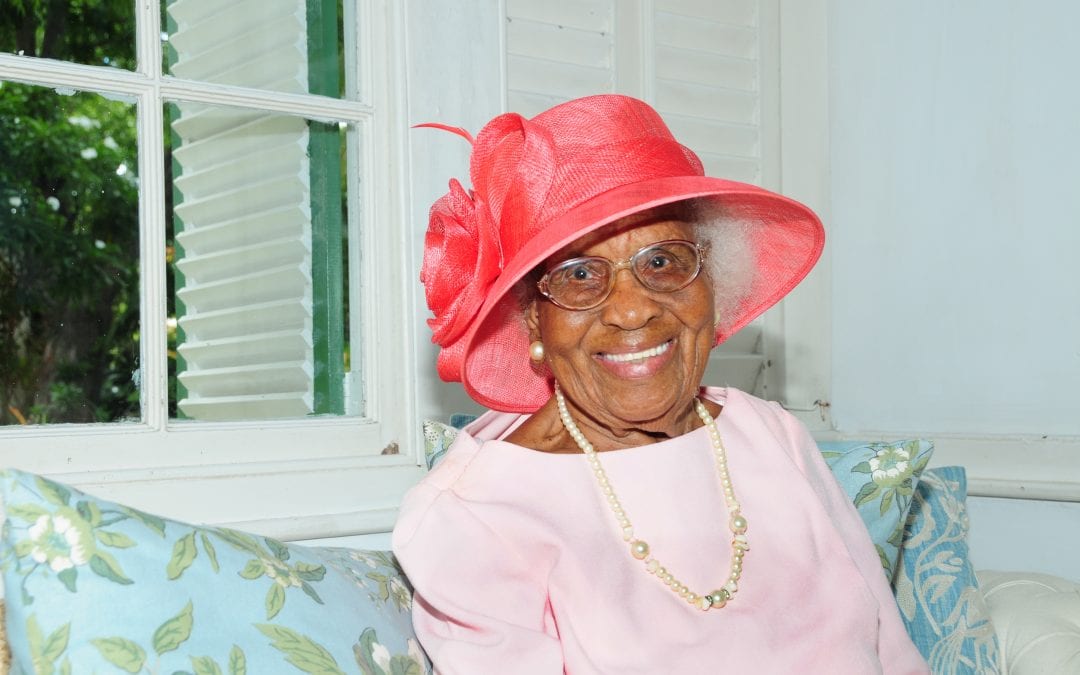 Muriel Cave was a seamstress and a home-maker.  Born in Ann Gill’s Road, St. Michael, she later moved to Bachelor’s Lane, Roebuck Street, the City.

She received her early education at the Cathedral Primary School, which was located close to the Tom Adams Financial Centre, in modern day Bridgetown.

A staunch Anglican, Ms. Cave was an active worshipper at the St. Michael’s Cathedral.  She still reads the newspaper from “cover to cover” and reads her Bible daily.

She is a hearty eater, and no Sunday is complete unless she has a plate of green peas and rice, baked pork or chicken, with vegetables and salad.