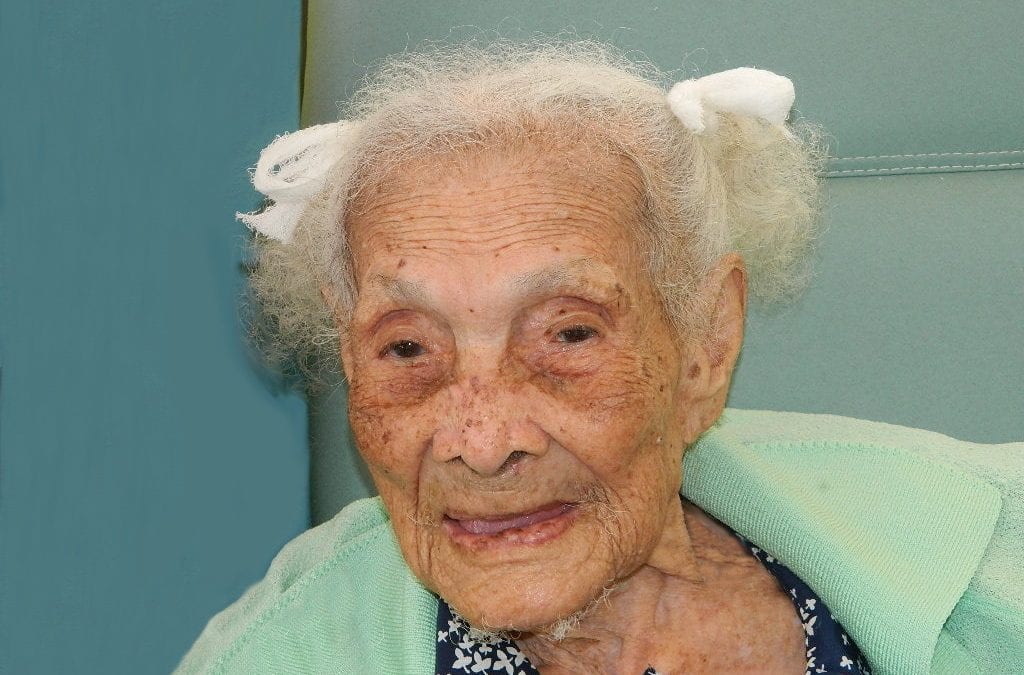 Olga Springer was the third of 11 children born to Walter and Anna Burnett of Pie Corner, St. Lucy.

She was educated at St. Clement’s Girls’ School in the same district,

Olga left school at age 13, working at various plantation houses in St. Lucy and St. Peter and later as a domestic at several private residences, mainly in Christ Church.

Olga relocated from St. Lucy to St. Michael and then later to Christ Church where she continued to work as a domestic.

Family members described her as a very independent person who was not afraid to speak her mind.