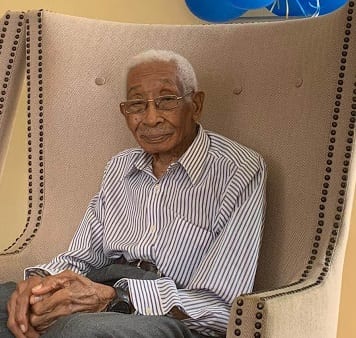 Orville Clarke made a name for himself as a shoemaker who specialised in creating various types of footwear, be it casual, formal or athletic.

Born in Reed Street, St. Michael, Mr. Clarke was educated at Wesley Hall and St. Mary’s Boys’ Schools.   On leaving school, he worked as a carpenter and then later as a shoemaker.

His son, Orville Jr., recalled what it was like growing up with his father and hearing the many stories about his skills and hobbies.

“First of all, he was a very loving and caring father…. He was one of Barbados’ good swimmers even though he never competed in school sports or Olympics.  He was one of those young guys who used to swim from Barbados to Pelican Island almost weekly and that was one of the many joys he spoke about.  He was a musician who played the keyboard and the guitar and these things made a great impression on us as children,” Orville Jr. said.

In his younger days, Mr. Clarke enjoyed music and played the keyboard and guitar.  He also played cricket and football.

Mr. Clarke spends his days quietly at his 4th Avenue Pickwick Gap, St. Michael home, reminiscing about the good “old” days with his relatives and friends.