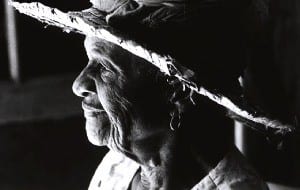 Recognising that Barbados has the second highest percentage of centenarians per capita in the world, the Barbados Postal Service (BPS) has released a new commemorative issue highlighting those who have reached that milestone.

Deborah Small of the Philatelic Bureau described the issue as the first of its kind produced by that department. She added that the BPS was proud to release the Commemorative Issue as the centenarians had made outstanding contributions to the development of Barbados.

“It is indeed noteworthy, celebrating the life and times of our Barbadian centenarians, these loyal sons and daughters of our soil, in this the 2016 year of Jubilee; the year in which the 50th Anniversary of Independence is celebrated,” she said.

Official First Day Covers may be bought or ordered from the Philatelic Bureau, General Post Office, Cheapside, Bridgetown, Monday to Friday between the hours of 8:00 a.m. and 4:15 p.m. Alternatively, persons may place orders on the BPS website at www.bps.gov.bb.

The issue will be on sale at all Post Offices on March 9, 2017, and for one year at the Philatelic Bureau.