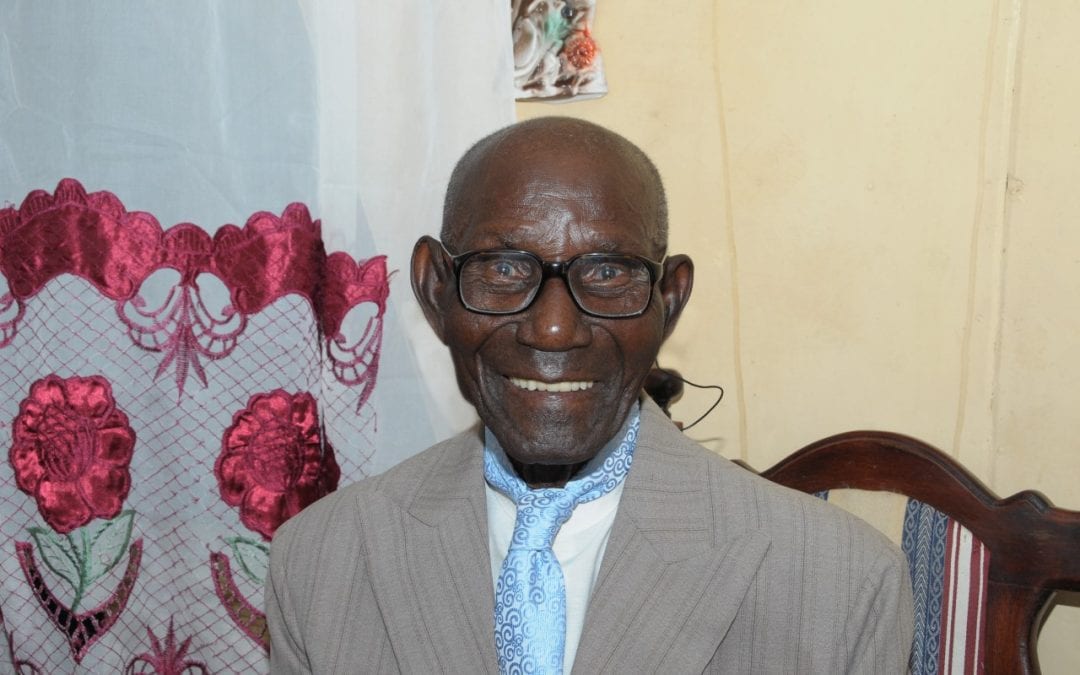 Clyde Mitchinson Foster, the dapperly dressed centenarian who “wowed” family members with his spirit of Independence and devotion to God, was laid to rest last Wednesday.

Mr. Foster, who was captured on video as he grocery shopped at Pricesmart at 100 years old, was fondly remembered as a man who had a love for the sea, fishing and politics.

Mr. Foster’s son, Gregory Harewood, eulogised his late father as one who touched and enriched the lives of his loved ones. He described the former seaman on the Harrison Line for 20 years as a family man, a devout Christian and always willing to help his friends.

“My father in his life, can be described as a very generous man.  He was always willing to help his friends.  He was known to be a family man and his greatest treasure was his grandson Andre.  My father was a godly man and loved to attend church. One would often see him on Sunday mornings with his hymn book on his way to James Street Methodist Church…Age did not matter to him because he continued to attend well after his 100th birthday,” he stated.

In his message, Reverend Derick Richards described Mr. Foster as a Methodist at heart who reaffirmed his faith by regular attendance.  He reflected fondly on Mr. Foster’s 100th birthday celebrations, where he was showered with love by his church family.

“The fact that he lived for over 100 years and was still strong in body and even stronger in will, those are things to be celebrated.  But I want to celebrate not simply the fact that Clyde lived to the very ripe old age, but that our brother taught us how to grow old gracefully,” Reverend Richards underlined.

The Methodist priest urged mourners to learn from the experiences from Mr. Foster’s life so that they could leave a legacy behind that will bless future generations.

Mr. Foster was laid to rest at Westbury Cemetery. (JC/BGIS)